Why are so many children being diagnosed with autism spectrum disorders?

A child development professional believes some children are being misdiagnosed 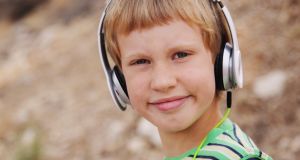 ‘Why are so many children being diagnosed with autism now compared with 20 years ago? Are we missing something?’ Photograph: iStock

Why are so many more children being diagnosed with autism spectrum disorders (ASD) than 20 years ago?

Although there have been many studies on the epidemiology of ASD internationally, uncertainty remains about the true prevalence of ASD globally. The World Health Organisation estimates that one in 160 children has an ASD, but some well-controlled studies have reported figures as high as one in 59 children.

Autism spectrum disorders are a range of related developmental disorders that begin in childhood and persist throughout adulthood. ASD can cause a wide range of symptoms, including problems and difficulties with social interaction; impaired language and communication skills; and unusual patterns of thought and physical behaviour. Boys are three to four times more likely to develop an ASD than girls.

Based on epidemiological studies conducted over the past two decades, the prevalence of ASD does appears to be increasing globally. However, some experts argue that the rise in the number of diagnosed cases does not necessarily mean that the condition is becoming more widespread, but may be due to improved awareness, expansion of the diagnostic criteria, better diagnostic tools and improved reporting.

The Department of Health’s report Estimating Prevalence of Autism Spectrum Disorders in the Irish Population: A Review of Data studies and Epidemiological Studies, November 2018, points out that, in many countries – including Ireland – a diagnosis of autism gives children greater access to specialised services and special education services such as special needs assistance than do diagnoses of other conditions. “This benefit makes clinicians more likely to diagnose a child with autism, even those who are on the borderline of the clinical criteria,” the report notes.

Karen O’Connor, consultant speech and language therapist and director of services at the Child Development Centre in Galway and Dublin, believes one of the reasons for the increase in the number of ASD diagnoses over the past 20 years may be that many children are being misdiagnosed with ASD when they have sensory processing disorder (SPD), a similar but different condition.

She says: “Parents often wonder why does my child flap? Why has he poor eye contact? Why doesn’t she like hugs and kisses? Why is his play so poor? Why does she have so many meltdowns? These are often seen as typical indicators of autism, but they are also typical symptoms of sensory processing difficulties. There are many reasons that children can present with these symptoms and only one of them is autism.”

O’Connor points out there is an important differential diagnosis to be made between these two disorders as, although they can present very similarly, the treatment protocols and care pathways are quite different. However, to make this differential diagnosis, she says it is critical that a therapist on the multidisciplinary team is trained and experienced in the area of sensory integration.

It’s certainly an interesting viewpoint that may be considered controversial in Ireland, but is more widely accepted internationally. Firstly there is the controversy around SPD, and concerns regarding the validity of the diagnosis. SPD is not recognised by the Diagnostic and Statistical Manual of the American Psychiatric Association – the bible for mental disorders – and the American Academy of Pediatrics has recommended that paediatricians not use SPD as a diagnosis. However, it is included in Dr Stanley Greenspan’s Diagnostic Manual for Infancy and as part of The Zero to Three’s Diagnostic Classification, which he has developed. Also, the American Association of Occupational Therapists supports the use of many sensory integration approaches.

However, her vast experience working with children and families both on and off the spectrum in public and private settings over the past 20 years has left her firmly convinced that at least half the children she sees at her clinics either with or awaiting a diagnosis of autism do not actually have autism.

O’Connor has seen children with a range of challenges – including ASD, SPD, learning disabilities, speech and language difficulties and reading and writing difficulties – improve significantly through the LiFT sound therapy programme she uses in her clinic.

The programme, developed by French psychologist Paul Madaule, uses the music of Mozart, which contains high frequencies. It works by delivering certain frequencies of sound energy to the cochlea (the ear’s sound receptor) and the vestibular apparatus (the balance system), which convert it to electrical patterns of energy in the brain. By changing the frequencies of sound played into the ear, it is claimed that it’s possible over time to change the structure and function of the brain’s circuits.

O’Connor explains that the children she has worked with have seen improvements in all developmental areas, including attention, listening and concentration skills, speech and language skills, academic ability, gross and fine motor skills, reading ability, social skills and the desire to interact with others.

She points to the work of Norman Doidge, psychiatrist and author of The Brain’s Way of Healing, who is regarded as a leader in the field of neuroplasticity. Doidge writes: “It is now completely beyond dispute, based on laboratory and clinical evidence, that the human brain is neuroplastic, meaning that its circuits are dynamic, and changing in response to activity and mental experience. This discovery overturns years of belief that the brain’s circuitry is fixed or ‘hardwired’ by the end of infancy and early childhood.”

Passionate about the work she does and the children and families she works with, O’Connor says the amount of pain and despair parents are going through as their children sit on long waiting lists all over the country is “heartbreaking”.

While some families are travelling abroad to Europe and the US for intervention for their children, O’Connor is acutely aware that the cost of private treatment even in Ireland is prohibitive for many, and having already written a book and produced a DVD, she wanted to come up with a way to help all parents to move their children forward while they are stuck on waiting lists.

The result is her newly launched YouTube channel, Opening Your Mind, where she has uploaded videos and podcasts with the aim of answering questions and providing information for parents about what to do to help their children achieve their potential “no matter what the diagnosis is or isn’t”.

“My objective with the YouTube channel is to share my years of experience with parents about how to help their children with developmental challenges, reach their greatest potential combining speech and language therapy techniques with ground-breaking neuroplastic techniques such as sound therapy to finally move things forward. It’s time to move beyond labels and the limitations that they bring to see the real child and what they truly need to succeed,” she says.