My relationship with food became warped when I went on my first ‘proper diet’. At 5st overweight, I realised my mindset had to change 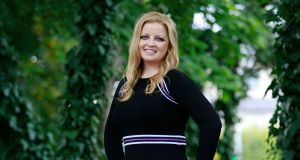 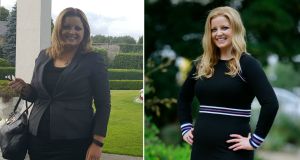 For a moment I forgot – but it didn’t take long after waking up for the feelings of shame, guilt and remorse to wash over me after yet another night of overeating. I had told myself it wouldn’t happen again, but it did.

These were familiar feelings I had become used to suppressing, but as I passed the mirror there was no hiding from the world the unhealthy relationship I had developed with food.

I felt silly giving my eating habits so much thought when there were people facing horrendous struggles they had no control over every day. But the same question was always circling around my head – why did I keep doing this to myself?

I knew eating copious amounts of sugar and junk foods until my stomach hurt and my head ached would not lead to anything good. Fewer and fewer clothes fit me as time went on. I dreaded going shopping and being forced to confront my expanding waistline.

To try and combat my increasing weight I did bursts of exercise, but it got harder as my body started to feel heavier and weaker. I clung to my “all or nothing” approach that clearly wasn’t working as my weight kept edging up bit by bit. I vividly remember the day I stepped on the weighing scales and realised I’d reach my all-time biggest weight of being more than 5st overweight.

I was gutted and angry at myself.

Where was my willpower gone?

How could I be successful at other parts of my life and such a failure at this? But it still wasn’t enough to stop the cycle. I felt trapped in a cycle of eating excessively, feeling overwhelmed with guilt, then eating very little, then back eating excessively again, while always promising I’ll go do a tough workout to make up for the calories.

None of this happened overnight. Looking back, my relationship with food first became warped some years ago when I went on my first “proper diet”. It changed my mindset into categorising food “good” and “bad”.

I was a size 12, which I thought was terrible at the time, and I wanted to lose weight as quickly as possible to reach what I considered would be “perfect” for me at at size 10 or 8. So I found a strict regime that completely cut out some food groups. I was initially excited to reach my goal weight, but I was irritable and unhappy with such a restrictive diet, and soon my focus returned to seeing further flaws with my body instead of recognising my achievement. The diet wasn’t sustainable, and I missed socialising, eating out and was fed up with thinking about food every second of the day. My weight didn’t immediately rise but it was my first time feeling I’d “failed” in relation to food.

What I also didn’t notice at the time was how my thinking of food in general had completely changed. Food I’d previously enjoyed eating, like green vegetables, became a chore to eat and some high-calorie foods that had never attracted me before, I now couldn’t get enough of. My eating habits slowly deteriorated. The more chocolate and sugary treats I ate, the more I needed to be satisfied.

I did lose large chunks of weight at times doing different detoxes and fad diets, but I never properly addressed my mindset, so it piled back on again.

My typical routine was eating a small breakfast, not eating much during the day, feeling exhausted and hungry after work, planning to cook dinner but instead eating chocolate and junk food.

“Tomorrow will be a fresh start, I will do better, and I will do extra exercise!,” I would tell myself.

Then, one day last August, an everyday normal action of walking up the stairs caught me unaware. I was taken aback by how laboured my breathing was. There was not a moment during the day I wasn’t conscious of how I looked physically during my weight gain but health-wise? – I’d ignored that. When I sat down after climbing the stairs, I felt like my organs were squished by the fat inside my body with not enough room – it was probably in my head, but I felt so uncomfortable in my own body. I was happy with many parts of my life, but I realised this aspect of it had silently tormented me. I realised I didn’t want to admit how unhappy my eating habits made me, but it did, and I was going to find a way to change it. My actions did this, so it is me that can undo this. I let out a sigh of relief and for the first time in a long time felt a sense of peace and control over my body.

For two weeks, I wrote down every morsel I ate, counted the calories, and how I felt before and after food. I would generally consider myself a positive and happy person but as I looked at what I had written, my self-talk over my eating habits were harsh, negative and extremely critical. For me, my biggest problem was mindset and I was going to force myself to be patient and find a way to change it. I had learned these destructive habits, so I can learn new and better ones to replace them. No more waiting for next Monday, or the start of the month or New Year to make a fresh start. The plan needed to be simple and ongoing.

The journal made it glaringly obvious that bingeing at night was the bulk of my calories. So, I cut out my favourite binge foods and replaced them with slightly healthier alternatives. I committed to going for a walk five days a week or hitting 10,000 steps daily, and started a weight-training class. I was reluctant to do the class as I was self-conscious about my body but now was the time to just do it. My main rule was not to ban any food groups completely and to tackle my “inner voice” by acknowledging every small bit of progress.

When I reduced the amount of sugar I ate, I found it tough for the first few weeks. I was irritable, had headaches and cravings, but it got easier. After I lost my first stone, I almost expected angels playing trumpets to drop down and congratulate me, but if I’m honest, it wasn’t even noticeable visually. I had weeks of going up in weight but more weeks of dropping down. I wrote down the little things that changed as I started to feel physically stronger and in charge of my own body. It got slightly easier (but still a challenge) as the weeks went on.

By January, almost five months later, I had lost 3st. Now the difference was noticeable and I felt like me again. I still have 2st to go but I’m very happy with my progress and excited about reaching a “normal weight”.

If someone ever told me I would be proud of myself being in the overweight category, I would have looked at them as they were a rambling lunatic.

But I am. I feel stronger, more capable and have a new-found appreciation on how resilient my body is.

Writing about this has been daunting and I still have shame – but I'm determined to push my body and lose the excess weight.