Weight-loss: ‘I gained four pounds. My fear of failure returned’ 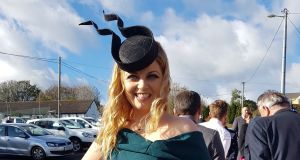 I gained four pounds in one week and I didn’t react as expected. My fear of failure returned, I had doubts about my weight-loss and fitness progress, and feelings of shame and guilt made a re-appearance.

More so, I was annoyed with myself for feeling this way. I should know better. I’ve worked hard to change my mindset, so I tried to ignore it. It didn’t work. That day, I felt heavy, my posture changed and I even wore a size up in clothes.

I can’t explain why this particular week of weight-gain affected me so much when others hadn’t over the past year. I use different ways to track my progress, so it shouldn’t have. But the negative thoughts simmered and grew throughout that day and night. I knew logically it was unlikely I’d gained four pounds of fat in one week, but the feeling I was caught in a trend of gaining weight frustrated me. I’d gained half a pound the week before, and the week before I remained the same weight. I had been only one pound away from being my lowest weight in more than five years, and I was a little heartbroken I didn’t reach it.

A friend gave me an encouraging and lovely compliment about how I was looking and progressing. Instead of gratefully receiving it, I recoiled, thinking I didn’t deserve such kind words.

Then I received an email. The type of email I’d normally not even open. “You should give up trying to lose weight – it won’t work. ” It proceeded to tell me how I could eat whatever I want “at certain times” while drinking this special food shake and doing no exercise, and I could never “think about losing weight again”.

I was enraged. Enraged at a generic and silly email. I’ve come to realise the effort it takes to dismiss years of entrenched beliefs in diet – the email didn’t really tempt me to go on a fad diet. But I reacted as if this sender knew I was having a bad day and decided to take advantage of it. I knew my reaction was ridiculous – why care so much about a spam-like random email? I decided to confront whatever worst fears were creeping around my mind. I returned to my old method of writing them down and then looking at them as objectively as possible.

It was clear I had not done anything drastically different in those previous weeks. I couldn’t even really remember what I’d eaten, which is a big change from when I was gaining 5st (32kg) and preoccupied with “good and bad” foods.

Before I lost the weight, we’ll call it 3st (20kg) for now, the feelings of eating until my stomach hurt and eating sugary foods when I wasn’t hungry stayed with me. I hadn’t done any of that. What I could remember from the week I’d gained the four pounds was I’d increased my exercise intensity in sessions and enjoyed some meals out.

I realised this weight-gain was no big deal – I was not giving up or failing. My feelings of stress quickly dissipated. I felt free again. I decided I wasn’t going to change anything I was doing over the next week – I wouldn’t panic – and hopefully let my body recalibrate and do my best to trust myself again. I’m not sure why the weight-gain happened. It could be water retention, some fat gain – I’d like to think it was completely muscle gain (yes, I know it wasn’t); maybe there were several reasons.

The next week I lost 2.5 pounds and the week after almost three, which I was happy with but tried not to give it too much focus. The few days I dropped the confidence I’d built up from pushing myself out of my comfort zone were unpleasant, but I’ve learned from it. I’m glad I didn’t leave it to fester.

I am enjoying this process of feeling stronger, fitter and more energised. Weight-loss is great, and I hugely appreciate every bit I lose, but recognising how treating my body and mind with more kindness and patience can make a big difference has been most gratifying.

It was after this week I decided I was ready to take on some of the new healthier habits that I’d written about last week. Out of everything I’ve tried and tested over the last year, probably one of the most difficult challenges is overreacting when things don’t go to plan or go wrong.

I’m not striving to be perfect, but reaching a healthy BMI in a healthy way and seeing how much more my body is capable of is an exciting goal for me. I’m determined to succeed.

Lofty ideals: the dos and don’ts of converting your attic
8

‘When you’re beautiful, other women absolutely despise you’
10