How best to deal with triathlon-related injuries 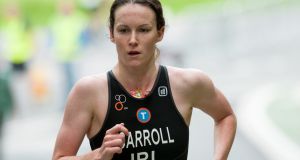 Since 1978, when 50 competed in the first Ironman Triathlon, the sport’s global popularity has soared. Triathlon Ireland’s head of marketing and communications Kevin Keane says their membership currently “exceeds 20,000 and there are over 90 affiliated clubs around the country. Triathlon has long been a sport that promotes equality among genders and at 34 per cent, Triathlon Ireland’s female membership is one of the highest of any sport in Ireland. ”

The health benefits are clear, and Keane says: “Triathlon clubs are a great way to start out, with ‘New to Tri’ programmes generally organised at the start of each year. New members can train and learn at the same pace, and there’s always someone else at the same level as you.”

However, in all sports, including triathlon, the more you train the greater your risk of injury. Despite injury rates of between 36.8 per cent and 87 per cent, quoted in Current Sports Medicine Reports (November/December 2017), an injury needn’t stop you training: “[T]riathletes usually have a higher total training volume and intensity than single-sport athletes. However, this diversity also allows the athlete to modify training while maintaining cardiovascular fitness when injuries occur.”

Overuse injuries are relatively widespread among triathletes, typically affecting lower limbs, and a study of triathletes across all distances showed the lower extremity to be the most common injury site, with ankle and foot problems more common than knee injuries.

Phil Mack represented BritainGB and South Africa in the triathlon and spent 15 years as a physiotherapist and sports scientist in professional rugby, including with the South African Springboks, Ulster and Leicester.

“It’s fair to say,” Mack comments, “that swimming, cycling and running each have typical associated injuries. For example, rotator cuff tendinopathy with swimming, anterior knee pain with cycling and ilio-tibial band (ITB) syndrome with running. Triathletes striving to improve their performance by extensive training in each of the three disciplines tend to collectively over-train, which can risk injury. Around 60 per cent of triathlon injuries we see are from collective overtraining, with 30 per cent bio-mechanical or technique errors and 10 per cent acute trauma.”

However, 85-90 per cent of all triathlete injuries Mack’s team assesses and treats are running-associated. He notes two main causes of these types of injuries: “First, there may be a biomechanical fault, such as your running gait, running shoes or training regime. Second, if you’re not following a sensible progression and training volume, or your recovery is insufficient, you could be running with fatigued muscles which are important for maintaining a good running gait – your gluteal muscles, for example.”

Mack’s advice is based on extensive knowledge tempered by experience: “Rather than ignore the first signs of a developing injury, I immediately adjusted my training, reduced training with the aggravating discipline and placed more emphasis on the other two disciplines. For example, I went through a bad spell of Achilles tendinitis when I wore the wrong type of training shoes. Along with correcting the shoes, I spent more time in the pool and limited running until my Achilles recovered. I rarely lost any fitness following this adjustment.”