Everything you need to know about eczema

Stress can trigger a flare up, but eczema often waxes and wanes for no apparent reason 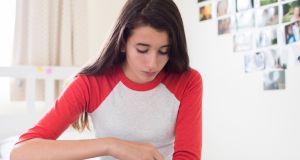 According to the Irish Skincare Foundation, eczema affects one in five children in Ireland and about one in 12 adults

Winter can be grim: coughs, cold, flu and the general sense of malaise brought on by dark nights, too much food and not enough exercise. To add to the misery, as the temperature plunges and the heating goes on, normally reliable and trouble-free skin can start to itch, flake and drive a person to distraction. Welcome to the onset of winter eczema.

According to the Irish Skincare Foundation, eczema affects one in five children in Ireland and about one in 12 adults. It can be a year-round torment or it can flare up in the cold months.

Why is it worse in winter?

“A combination of cold weather, warm indoor environments, hot baths and woolly clothes can all aggravate eczema. Heat is a common trigger, stimulating the itch/scratch cycle,” says Holly Shaw, nurse adviser at Allergy UK. She adds that sources such as central heating and fan heaters can be a problem and suggests turning car heating vents away from your face and keeping central heating in the home at a steady, comfortable temperature. Wearing cotton clothes helps to keep a layer of moist air next to the skin, which stops it drying out and helps break the cycle of itching and scratching, says dermatologist Dr Howard Stevens. Eczema is a complex condition, though; an inherited tendency, mild dysfunction of the skin barrier and immune system and exposure to environmental factors such as pets, house dust mites and pollen may all play a role.

What is the difference between eczema and dermatitis?

None. Eczema and dermatitis are two names for the same thing. Eczema comes from the Greek word “to boil”, which seems appropriate for the red, dry, itchy skin it describes. Repeated scratching can make the skin thick and infection can cause weeping and blistering. The two main causes of eczema are an overactive immune system (atopy) that also causes hay-fever, allergies and asthma, or contact with chemicals.

Why are my hands red raw since I started my new job in a hospital?

It could be the hand sanitiser. Contact dermatitis causes red, cracked, itchy and sore skin in places where irritant chemicals, or ones you are allergic to, touch the skin. A patch of eczema around the belly button, earlobes or around a new piercing is often due to an allergy to nickel, which is found in buttons, jean studs and cheap jewellery. Hand sanitisers, excessive hand washing and chemicals used by hairdressers, painters and gardeners can all be irritants and cause eczema, primarily on the backs of hands. Stevens says: “Applying moisturisers immediately after washing hands replaces the natural oils in the outer layer of the skin that are removed by soaps and detergents.” Allergic reactions tend to affect the back of the hands where skin is thinner and more sensitive and irritant eczema affects the spaces between fingers and under rings. Hand eczema often affects the nails too which look rough, ragged and cracked. People who develop contact eczema at work may find it so hard to avoid the chemicals responsible that they eventually have to give up their jobs.

The eczema started on my hands but has spread over my body. What’s going on?

It could be your id. Although contact eczema is limited to the area that touches the chemical, a strange phenomenon called the id reaction, or utoeczematisation, means the immune response to the affected area leads to widespread eczema anywhere on the body.

Can I be referred for allergy testing?

Good luck; the waiting lists are horrific in many areas. It’s not high priority, although Allergy UK argues it should be. Patch testing can be used to identify which chemicals are responsible, but it helps to give some thought to likely suspects because there is a limit to how many chemicals can be tested for. “Luckily, a relatively small number of chemicals cause most of the problems, so the commonly used standard battery of patch test allergens identifies 70 per cent of the chemicals that commonly cause eczema,” says Stevens.

What can I do in the meantime?

The solution lies in identifying and avoiding the cause, heaps of emollient (moisturiser) and possibly a short course of potent steroid ointment from your GP – wrapping the hands in cling film overnight helps the steroid to penetrate the skin better and stops it rubbing off. In severe cases, short courses of oral steroids are prescribed or longer-term courses of immunosuppressants that damp down the whole immune system. Antibiotics are only useful if there are signs of infection-like pus or weeping blisters.

Do most kids grow out of it?

Many kids do but not all, and some people develop it for the first time as adults. In kids, atopic eczema typically affects the backs of knees and elbow creases. Adults often find hands, eyelids and skin creases affected. Anyone with atopic eczema is also more prone to contact eczema. As well as being more prone to other allergic conditions such as asthma, hay-fever and food allergies, there are also links with insomnia, depression and attention deficit hyperactivity disorder (ADHD). Some adults with eczema are well aware they get a flare up when exposed to a particular trigger such as stress but the eczema often waxes and wanes for no apparent reason.

You are probably all too aware of the options: try to identify and avoid triggers; wear loose, cool layers to avoid getting too hot; use emollients, steroid ointments or creams, or antihistamines to stop itching; tacrolimus or pimecrolimus ointments, which are non-steroid options; and drugs that suppress the immune system (such as oral steroids) if all else fails. Talking therapy can be useful to deal with the stress which can be both a trigger and consequence of eczema and dealing with the impact it has on life.

Any hope on the horizon?

Yes. There are two hopeful products in the pipeline; crisaborole (Eucrisa), a non-steroidal ointment for mild or moderate eczema, and an injectable, biologic drug called dupliumab for more severe cases. – Guardian