From jogger’s nipple to blisters: How to avoid skin troubles from running

Runners may be challenged by trauma, infections, inflammation and environmental injuries 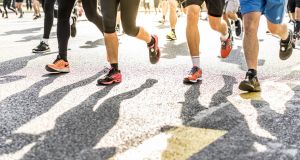 Chafing is more common in women who run without sports bras 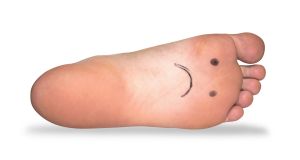 Up to 39 per cent of runners report blisters during marathons

In his poem O Jesus! O Epidermis! (1997), George A Ferguson wrote: That, my friend, is all there is Between you and the abyss. Two hundred and nineteen square inches of Goddamn skin!

So perhaps it’s useful for runners to know that those “Two hundred and nineteen square inches” may be challenged by trauma, infections, inflammation and environmental injuries.

The skin trauma most familiar to runners is the blister. Dr Caitriona Ryan, consultant dermatologist, St Vincent’s Healthcare Group, Dublin told The Irish Times: “Up to 39 per cent of runners report blisters during marathons. Blisters are caused by horizontal shearing forces through skin layers due to repetitive trauma. The space between the separated layers fills with fluid or blood. This is made more likely in the heat, or with ill-fitting shoes.

Someone familiar with the condition is ultra-runner Dr Andrew Murray, sports medicine consultant at the University of Edinburgh, who remembers getting blisters 40km into a 550km run across the Namib desert.

“The position and size of one,” he recalls, “meant that from day two it felt like I was constantly running with a stone in my shoe – and I couldn’t run for three weeks after returning home.”

For Murray, prevention is better than cure: “Do plenty of training in preparation, wear quality shoes and socks – that you’ve worn in – and if you get a blister, clean the skin; pop the blister; apply zinc oxide tape; and eliminate possible causes. For example, in the Namib it was because my feet had swollen up in the heat; but I had a spare pair of runners half a size bigger, which I wore and things were fine.”

Chafing, says Ryan, is a form of irritant contact dermatitis caused by friction when the skin surfaces rub against each other. “Jogger’s nipple,” she explains, “is a particularly uncomfortable form of chafing, reported in up to 16 per cent of marathon runners, following repetitive friction between the athlete’s shirt and nipples. It presents as painful, red scaly or crusted erosions of the areola and nipples, which may crack and bleed.”

The condition, adds Ryan, is more common in women who run without sports bras, when wearing shirts made of coarser material, and when running in cooler conditions when the nipples are more erect. “Treatment,” recommends Ryan, “includes applying petroleum jelly to the area, and topical steroid ointment if necessary to reduce inflammation.

Prevention is best achieved by wearing dry, synthetic, well-fitting clothes and using petroleum jelly to reduce friction and prevent chafing of areas including the nipples, feet, groin, and armpit. Patches or adhesive tape can be used over the nipples. Women should wear semi-synthetic bras. Men who run without shirts to prevent nipple irritation should use adequate sunscreen.”

Toenail injuries are also common, with Ryan explaining that up to 14 per cent of marathon runners report nail injuries on race day: “Collections of blood under the nail plate, called sub-ungual haematomas, occur from repeated trauma of the nail with footwear. The altered blood can sometimes look brown-black. If the haematoma is large enough, separation of the nail from the nail bed can occur.”

Athlete’s foot, also called tinea pedis, is a fungal infection, typically occurring between the toes and the soles of the feet, with moist, often macerated scaling and itchy skin. One study found that “sports-active individuals were roughly twice as likely to develop tinea pedis compared with non-active individuals”, and a further two studies detected a prevalence among marathon runners of 22 per cent and 31 per cent, respectively.

Athlete’s foot, explains Ryan, “is more common in runners because they wear occlusive footwear, they may sweat heavily leading to moist, macerated conditions optimal for the growth of fungus, or they can be exposed to fungus on the surfaces of communal areas. Topical antifungals are typically used to treat athlete’s foot, but re-infection commonly occurs if good foot hygiene isn’t maintained.

This includes removing moist socks immediately after training, wearing socks made of synthetic material, ventilated running shoes, wearing protective footwear in communal showers or changing rooms, and using powder on the feet after showering and before going for a run. Try to alternate running shoes so that the same pair isn’t worn two days in a row.”

Another fungal infection is tinea cruris, or “jock itch”, affecting the groin and most often seen in adult men. “The infection,” says Ryan, “is often transferred from the feet (when pulling on trousers) and can thrive in the moist warm environment of athletes’ groins. The rash typically has a scaly raised red border and spreads to the inner thighs and buttocks from the groin and scrotum. Tinea cruris is treated with topical anti-fungals in a similar fashion to athlete’s foot.”

Folliculitis, explains Ryan, describes a group of skin conditions in which there are inflamed hair follicles which present with an acne-like rash: “Folliculitis can affect anywhere there are hairs, including the chest, back, buttocks, arms and legs and is commonly called “bacne” when it occurs on the back of athletes and gym-frequenters. This can occur when regular bacterial flora or yeast on the skin proliferate in moist conditions, particularly if a runner does not shower and change their running clothes directly after sweating.”

Cumulative exposure to ultraviolet (UV) light in long-distance runners, even in Ireland, warns Ryan, increases the risk of skin cancer and accelerates skin ageing and uneven pigmentation: “Using sunscreen throughout the year, along with a hat and protective clothing is essential. Zinc oxide or titanium dioxide physical sunscreens have activity across the entire UVA and UVB spectrum and tend to be less irritating.”

Of course, sub-zero temperatures are not uncommon in Ireland and common-sense precautions to keep extremities warm are necessary.

Finally, for heavily tattooed runners, a recent study in the journal Medicine & Science in Sports & Exercise found “a diminished sweat rate and a higher sweat [sodium ion] concentration from tattooed vs. non-tattooed skin. This is particularly relevant with occupations (military and mining) and sporting endeavours (running and triathlon) that require high metabolic rates for prolonged periods in very hot/humid conditions, where individuals with increasing amounts of tattooed skin may be at further risk of non-compensable heat stress.”

As George A Ferguson observed:
The touch of skin is our Excalibur
Whose sorcery may win a moment’s truce

Comfort eating your way through the pandemic? You’re not alone
8