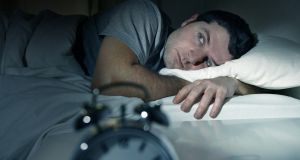 You hear noise at night – how do you react?

Imagine you are alone in a room in an empty house late at night. You are reading a book. The room is dark apart from the light from a reading lamp.

Suddenly, you hear the door handle begin to turn.

What do you do?

That’s what you are programmed to do. The primitive freezing response is probably meant to make you less detectable to whatever is outside. It also switches you into survival mode.

We’ve been hearing a lot about sexual assault and rape and I think it’s helpful for targets of such attacks to know something about our built-in responses to frightening, threatening situations. It can help them to step away from self-critical thoughts about why they reacted in one way rather than another.

In a sexual assault, as with the shocking realisation that somebody else is in the house, you have less control than you think over your immediate reactions. This is so even though our automatic reactions – such as freezing – don’t always turn out to be the most helpful. For instance, in the case of a sexual assault, that freezing could give the attacker time to press forward.

The freezing also gives time for your whole system to switch to defence mode. This turns off the creative, analytical part of your brain because you don’t have the time to sit there generating ideas.

We’ve all heard of fight, flight or freeze as responses to an attack. However, you are unlikely to have the mental space in which to work out which of these to choose. As Dr Jim Hopper, a teaching associate at Harvard Medical School who works with traumatised people in the military and in civilian life points out, your defence system will almost certainly trigger one of your habitual responses.

The targeted person, man or woman, whose usual response to coercive situations is to submit, reason or plead (and most of us would be in one of those categories) is more likely to submit to, reason with, or plead with, their attacker than to strike back. They do this automatically – remember their creative system has shut down. The person whose habitual response is to fight is more likely to fight back and have a better chance of avoiding sexual assault but a greater chance of physical injury.

If it looks as though nothing is going to work, the person may freeze or go limp for the duration of the attack. Again, this happens automatically.

When it comes to memory, the person’s perception system may focus on a detail – a smell, a curtain in the room, what the attacker is saying, for instance. Other details may be disregarded so later it may be impossible to give a comprehensive description of the event. Add to that the flooding of the memory-forming part of the brain with a stress hormone (noradrenaline) which can temporarily overwhelm the capacity to form memories and one can see why it can be so difficult to give detailed accounts later.

People often put off reporting sexual assault or rape – when a rapist is someone you know and even liked it’s easy to become confused about what happened and even to doubt yourself. Moreover, the prospect of a rape trial can be frightening.

In my opinion what you need to do in a situation like this is to go to a rape crisis centre to get the help you need. It isn’t unusual for people to seek such help years after the assault has occurred. Regardless of whether the attacker is going to end up in court, remember that you need all the support you can get and finding that support could be the best thing you have ever done.

Search “Jim Hopper phd” on YouTube for more information. Also the #whyididntreport hashtag on Twitter is worth looking up.

Padraig O’Morain (pomorain@yahoo.com, @PadraigOMorain) is accredited by the Irish Association for Counselling and Psychotherapy. His latest book is Kindfulness. His daily mindfulness reminder is free by email.