Budget 2019 will make you a teeny-tiny bit richer. Here’s how to spend the ‘bonanza’

Conor Pope: Eat in Chapter One (once). Add 1.5 days to your holiday. Paint a small room 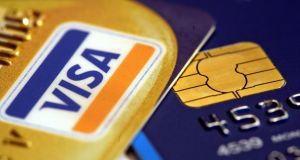 With Irish taxpayers looking forward to a Budget windfall this week it’s is hardly surprising that minds are turning to what should be done with all the extra cash coming out of Paschal’s briefcase.

Invest in a new car? Build an extension? Go on a lavish holidays to Barbado... hang on, we’re getting how much back? €300 you say? A month?

If all the leaks which have been coming from government departments are on the money – and they probably are – then the most Irish taxpayers can look forward to having as a result of tomorrow’s Budget is an extra €5 – or at best €7 – a week to spend in 2019. Social welfare recipients are likely to benefit by the same amount.

While the Minister for Finance giving us money back is a lot better than the alternative, the difference an additional €300 will make to the quality of Irish consumer’s lives is – at best – marginal and is most likely to be eroded by an expected increase in VAT for the hospitality sector.

But why should we focus on the negatives when can look at all the positive things you might you do with your cash?

You could use the Budget windfall to pay a bit of your rent – a very, very small bit. If taxpayers get an extra €6 a week, the giveaway will cover 1.3 per cent of the rent on a two-bedroom house within striking distance of the centre of Dublin

The money could be diverted into a grocery fund and – if you shop in a German discounter – you may get as many as two weeks worth of shopping with it.

It might be a good idea to use the money for fuel to keep your car on the road. According to the AA, a litre of petrol in October last year was €1.29. Today it is €1.46. The average motorist drives 16,000km, and an average family car does around 12.4km per litre. That means, based on last October’s price, the average Irish driver could have expected to spend about €1,664 on petrol over the course of 12 months compared with €1,884 now. That’s an annual increase of €220.

The €300 could be used to offset an increase in the cost of heating and lighting your home and it will come in handy as the price of gas and electricity has climbed by around 13 per cent over the last 12 months and utility bills are likely to cost €260 next year than last.

Camping is – by almost any measure – one of the best-value family holidays we can think of, But even so, if you want to find yourself a pitch – or more likely a fancy caravan with air conditioning and dishwasher – for two weeks at the height of the summer you can expect to pay anywhere between €1,800 and €3,000 depending on the site and the accommodation. You will have to add flights or ferry costs on top of that. A family that budgets on spending €2,500 can use the Budget bonus to pay for a day-and-a-half of their holiday next year.

If you are looking to spruce up your home after a decade of gloomy austerity, the extra money delivered by the budget will not go far. It will barely cover half a day’s work done by a builder so you might have to do it yourself. With €300 you could buy yourself enough Churlish Green – yes that is a colour – from Farrow & Ball to paint a small room.

According to Insolvency Service of Ireland expenditure guidelines, an adult is allowed €34 a week to cover the cost of “social inclusion”. If there are two adults in a house and we allow an extra €15 to cover two children each week, then the extra money given away in tomorrow’s budget will allow a family to afford a modest social life for just under three weeks of the year.

Irish households typically spend in excess of €1,200 on Christmas, so the €300 could be used to offset some of those costs although the money won’t hit your account until after then and could well be swallowed by hikes in Vat in the hospitality sector or increases in the cost of fuel or booze.

Parents who have young children childcare could divert the money towards the crèche, and depending on where you are in the country and how many children you have in need of care while you are out working, it will cover anywhere between three days and two weeks worth of care.

Or you could, you know, blow the lot by having one dinner for two in Chapter One.