Graduates facing into a world ‘full of opportunities’

Despite the positive economic environment, a practical approach to determining what next steps to take is recommended 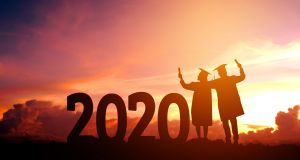 “The graduate that comes out of college today or next year will probably have two or three different types of career during their working life.” Photograph: iStock

Positive employment prospects are a reality for many sectors in 2019 and research shows no indication of this changing in 2020 as employers continue to be optimistic in their outlook for the year ahead.

The recently published Hays Ireland Salary & Recruiting Trends 2019 report noted that while some employers are being challenged by skills shortages and have to face greater competition for talent, they still indicate strong intentions to recruit permanent and temporary staff in the coming year.

Managing director of Hays Ireland Mike McDonagh says today’s graduates are facing into a world “full of opportunities” but still recommends they take a practical approach to determining what their next steps should be.

Being practical means having the presence of mind to take the right decision at the right time, and this is something graduates should consider when matching their skills and attributes with the jobs they apply for in order to make sure they are the right fit.

“If you are a graduate, you probably need to go through a process of careful self-assessment or get someone to help you with this to understand what you are looking for from that first step on the career ladder, and determine the best way for you to access that kind of role,” he says.

One characteristic of the modern working environment is that graduates are now more likely to work in several jobs over the course of a career.

While many will prefer to apply for graduate positions immediately after college, others will look at building up a bank of experience elsewhere.

This might seem daunting to the more traditionally minded, but where graduates were once restricted to one job, usually spending a life-time working in the field they studied at third-level, there are opportunities now for people to move their expertise across industries into new jobs they might never have previously considered.

“The graduate that comes out of college today or next year will probably have two or three different types of career during their working life,” says McDonagh.

He suggests that graduates needn’t be overly worried about making the “wrong move” at this early stage in their career.

“They should be confident that there are going to be some twists and turns in the road. The way that the world of work is going, people will have a portfolio of careers and therefore shouldn’t be too afraid of trying different things if they feel that is what they want to do.”

Of course, each job will offer a different experience and the competition between firms to recruit the best available talent means salary is no longer necessarily enough on its own to attract new staff.

Enticements can include career progression opportunities and initiatives to help create a better work-life balance.

While McDonagh says it is worth noting that many companies offer some very good training, SMEs who wish to compete will have to look at what exactly they are offering new hires.

“Graduates these days are very much tuned into what the fussball table and the dry-cleaning and the free food actually means. Yes, part of it is around building a culture and part of it is around trying to keep you in the office for as long as possible as well and I don’t think anyone is naive about that anymore.

“The challenge for SMEs is to ask ‘well how can we compete?’ and I think then they have to look at the experience and the access they’ll be offering graduates,” he adds.

The prospect of rapid technological, economic and political change, whether due to events such as a disorderly Brexit or to advances in technology, means the world of work is susceptible to sudden transformation.

McDonagh says those graduates who are able to think laterally and creatively and display critical and strategic thinking, but who also have the ability to have a normal human conversation, are the ones who will stand out.

While the spectre of constant upskilling and training is common enough in many companies, graduates should consider where they are on the technical curve when it comes to using technology – and whether that should be a determining factor as they choose what company to apply for.

“Do I need to work for an organisation that has amazing training and development in this area, or can I cope in an area that perhaps doesn’t have great technology training or investment – but actually offers the kind of work that I want to do,” says McDonagh.

“I think companies are probably more mindful now than ever that if someone has a degree in say, chemical engineering, there is a whole myriad of skills that they have as a result of doing that degree that could be applicable in lots of different areas.”

Employers understand they are getting “a smorgasbord of differently-trained thinkers” and not just someone who is capable of performing a specific function.

“We talk about hard skills and soft skills. The soft skills being communication and critical thinking and so on. Someone said to me recently that actually you should refer to them as the ‘hard skills’ and ‘harder skills’. The ‘harder skills’ are the people skills, the communication, the critical thinking, the negotiation, interpretive understanding where: ‘this piece of technology can do this in a technical way, what does this mean in the front line with a customer’.

“You have to ask ‘how do I get to a point where I have those kinds of skills.” Highly sought-after interpersonal skills are often necessary in customer-facing roles such as those found in restaurants, hotels or in retail. “Having conversations with other human beings on a regular basis [mean] that you are then able to do that in a more natural way when it comes to you entering your career.”

Despite it being a healthy environment for graduates, the market is still very competitive as “everyone still wants to work for the biggest and best companies”.

McDonagh says graduates who want to work for these companies should carefully consider what drives them and think about what kind of experience they want to be sure the job they are applying for is the one they really want.

One question they might ask themselves is: “Do I like having access to really senior people and helping with decision-making because I’ve worked in a family business, and I’m used to the fast pace and getting things done.

“Well, maybe working in a huge PLC or US multinational company isn’t the right place for you because you won’t get that kind of access,” he suggests. Working in an SME, on the other hand, could be ideal “because that is a similar kind of environment”.

“Equally, if you are someone who is a little less confident, you may be better off working in a more structured environment where it is very clear what your roles and responsibilities are and what they are not,” he points out.

This year’s Hays Salary & Recruiting Trends 2019 reported an overall average increase in salaries of 1.9 per cent with 3.3 per cent average increase recorded in life sciences. The construction sector saw an average increase of 3.1 per cent; the technology sector recorded a 0.6 increase followed by banking, which had a 0.4 per cent increase.

A Higher Education Authority survey of 29,000 recent third-level graduates published earlier this year revealed that 90 per cent found employment within Ireland and that nine months after graduating, the majority (78 per cent) were working.

However, these graduates had among the highest percentages going on to do further study (24 per cent).

1 Anne Enright: ‘Nuala O’Faolain was an impossible person, to whom we owe so much’
2 Coronavirus: Two more deaths confirmed amid concern over new clusters
3 Thandie Newton names names. Will Hollywood punish her?
4 Keith Duggan: Bubba Wallace tweet shows just how troubled Donald Trump’s mind is
5 Cluster of Covid-19 infections at Kerry ‘house party’ investigated
6 50 best Irish albums of all time – in order
7 Paschal Donohoe’s victory seen as a revolt against EU’s ‘big four’
8 The things the Taoiseach doesn’t talk about in public
9 ‘At night I would go to my room to quietly drink.’ Irish women and addiction
10 Jack Charlton’s own grievances endeared him to Irish fans
Real news has value SUBSCRIBE

1:24 Roger Stone thanks Donald Trump for 'saving his life'