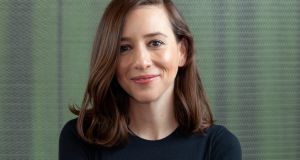 ‘It’s very difficult to process all this change all the time without a way of marking it, or taking a moment to reflect on it,’ says Sasha Sagan.

If you could start with a clean slate today what public holidays would you create?

New Year’s Day marks the beginning of the Gregorian calendar but what other purpose does it serve other than a marketing opportunity for gym subscriptions? Christmas and Easter might have deep theological roots but for many they’re simply occasions for eating chocolate and buying stuff.

As for St Patrick’s Day, what kind of country would express communal pride by going on the lash, even if being converted to Christianity was something to celebrate?

In these more secular times, Darwin Day on February 12th – the birthday of evolutionary biologist Charles Darwin – has been proposed as a humanist feast day.

Sasha Sagan, daughter of the esteemed astronomer Carl Sagan, suggests an alternative in March 4th, recalling her late father describing an event on that day in 1953 BC when the five planets visible to the naked eye are understood to have aligned perfectly “strung out like jewels on a necklace near the great square in the constellation of Pegasus”.

The event has been linked with the start of the Chinese calendar and the dawn of cosmological discovery, and Sagan jnr notes there’s a “happy coincidence” in the way the diary date becomes an encouraging slogan when spoken aloud. One might think of March 4th, she says, as an occasion to “bravely march forth into the personal and philosophical unknown”.

Sagan has just published her first book For Small Creatures Such as We: Rituals and Reflections for Finding Wonder, which delves into the origins of human celebrations and traditions. Blending anthropological analysis with a touching family memoir, the Boston-based writer explores the meaning of time-honoured rituals from birth to death and talks frankly about the challenge of marrying a secular outlook with religious-infused customs. She is this week’s Unthinkable guest.

Is it fair to say that, whether you are religious or secular, you need rituals?

Sasha Sagan: “Yes absolutely. My mother always says there’s no refuge from change in the cosmos and I think that’s what so much of it is about.

“Births and deaths, children growing up, the changing of the seasons… it’s very difficult to process all this change all the time without a way of marking it, or taking a moment to reflect on it. These cycles were so central to our existence until very recently and I think now, because many of us are so removed from nature and the Earth, it’s a way for us to connect back.

“Just because for much of history the infrastructure for these kinds of rituals and ceremonies has been religion, it doesn’t mean that it innately must be.”

A lot of rituals are about expressing religious difference or group identity? Is there scope for a feast day or custom that would unite the world in a sense of common purpose?

“That would be something very beautiful. I do think that is such a huge problem, maybe throughout time but, it feels especially highlighted today.

“The trappings of identity become these walls we put up – in some cases literally – to separate us from other people on this planet. But what I couldn’t get over as I was researching all these different holidays and celebrations was that all over the world, and throughout time, societies which had no ways of communicating chose the same touchstones, the same moments in life, over the course of a year that were important to them: the solstices and equinoxes, births, coming of age, death. These were the moments they all agreed we need to do something.

“Once you peel back the very superficial layer that is specific to time and place – the specific theology or mythology of the ceremony – we’re all really celebrating the same thing. And if we could see that, and see how insignificant the differences are compared to what we share I think we could really get to a place where we could have an international, cross-cultural celebration.

“If you zoom out to our place in the universe and see we are on this tiny planet in this enormous vastness you have to realise if you had to encounter anyone from anywhere else their ideas and their outlook would be so dramatically different we would, I hope, realise how similar everyone on this planet really is and how similar what we love… is.”

What is your favourite holiday?

“My ancestors are Jewish and I try to carry on some of the Jewish traditions in a secular way, and I really love Passover… the spring holiday.

“There is something innately joyful about rebirth, literally and figuratively. So many of the themes are: ‘Wow, that was really close! We almost didn’t make it but it looks like we are going to be okay.’ And for so much of human history that’s what spring was: We didn’t know if we were going to survive the winter.”

As a parent do you find you have to compromise in your secular outlook to allow your child experience rituals like Christmas?

“We have a basically secular Christmas, and totally secular Hanukkah, and a winter solstice celebration, not in a new agey way but just explaining days are getting longer because the earth rotates at an axial tilt.

“My daughter is almost two and a half… I may eat these words in eight years but my approach is to say this [season] is something that is really meaningful for a lot of people, and there is so much wondrous, special, thrilling – for lack of a better word – magical – joy at this time of the year that we can create without necessarily presenting anything that might not be supported by evidence.”

Question: Why do I sometimes feel empty inside?

Carl Sagan replies: “Matter is composed chiefly of nothing.”

New Irish Writing: A Little Cloud by A Joseph Black
5

A ‘baffling’ adaptation of Sebastian Barry’s The Secret Scripture
8