Is your ‘true self’ a kind of ghost?

Unthinkable: One of philosophy’s great debates may be down to a misunderstanding 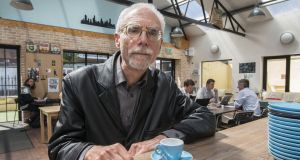 TCD professor emeritus David Berman: ‘I was about six or seven when I had what is sometimes described as an “I am me” experience.’ Photograph: Dave Meehan

A few weeks ago, this column explored that ancient puzzle “How do you know you actually exist?”, one of the defining questions of philosophy.

In doing so, we may have inadvertently given the impression that a resolution to the matter can be found through reasoning. However, this week’s guest has a theory that suggests otherwise.

Rather sensationally, Trinity College Dublin professor emeritus David Berman believes the centuries-old debate between dualists (who believe mind and body are separate) and monists (who believe only one type of stuff exists) is based on a misunderstanding.

There is no logic for being either a dualist or a monist, Berman suggests. Rather it is something you’re born with, or at least exhibit innately from a young age.

Some people have a sense of themselves as an individual whereas others are happier to be part of a bigger world.

One of the things that started Berman down this avenue of thought was his memory of a university teacher who was unable to create mental images. If you close your eyes and think of the Eiffel Tower you will be able to conjure up some resemblance of it in your mind but Berman’s teacher couldn’t, and roughly 2 per cent of the population has this condition, known as aphantasia.

“That really was the seed that generated into an idea that perhaps there are other ‘types’ where one person has the ability to do x and the other person hasn’t,” Berman explains.

To support his “Theory of Basic Epistemic-Ontological Types”, he examined philosophers in history. “I began to see that, as far back as the pre-Socratics, you can divide philosophers into those who are monists and those who are dualists.” Dualists include René Descartes, Bishop George Berkeley and George Orwell. Monists include David Hume, Friedrich Nietzsche and Daniel Dennett.

“I think the evidence is strong,” says Berman, “but it’s backed up by having one-to-one conversations where I’m able to ask certain questions and come to a reasonable decision about whether the person I’m talking to is a monist or dualist.”

Berman, an authority on Berkeley who has also written about the philosophy of coffee, has drawn up an eight-point questionnaire to test interview subjects. He explains further.

A key test for dualism under your theory is the ability to perceive that you are perceiving. Tell us more.

“It’s definitely the case no one does it all the time. For one thing it would be rather foolish to do it all the time because it would take your mind away from what you’re actually doing. So it’s something intermittent.”

Where would you go then to establish if the person is a monist or a dualist?

“I would then ask about the self they are experiencing in what I call the core dualistic experience. In other words, what is it that is perceiving the perceiver?

“Here it’s important to realise that it’s a very ghostly, attenuated self that is perceiving the perceiver. It’s not an easy self to get a grip on … I would say this self is really quite simple, and that’s important because it could have implications for life after death.

“The other thing about this self is that it doesn’t vary in the way, for example, the ‘common sense self’ varies. I believe my core dualistic experience has never varied.”

Where does the “ghostly” self come from?

“He says when he was 11 years old he was walking to school and, all of a sudden, out of the blue, he said to himself, ‘My goodness, I exist, I am a conscious existing being’. He says before then it was as though he was only an object and he was existing in a kind of fog.

“I think some people, at any rate, can remember when they started getting this core dualistic experience, as I call it.”

And once you get it you have it for good?

“It seems to. Some people have a sense of themselves as an individual whereas others are happier to be part of a bigger world. Monists tend to be of the latter kind. So they don’t cut themselves off from the rest of reality.

“That comes out in Hinduism – the Hindu idea is that one is a part of a larger whole, which they call Brahman. The monist who resembles the Hindus in that respect is Spinoza. His highest goal was becoming as one with the mind of nature.”

Whereas dualists are more religious in the western sense?

“Yes, they would be more into souls, and the soul as an individual thing – different from one person to another. And that the soul continues after death. I’m not as convicted that that’s the case but neither am I opposed to it.”

You’re agnostic about it?

“I would prefer to say I am open-minded. I think what is likely to continue after bodily death is not the soul but something more impersonal, and it’s something that I tend to call character. Character is not like the common-sense, normal person. It’s more attenuated.”

If monists and dualists are natural types is it the case then that they will for ever be at loggerheads?

“The other thing is each believes everyone is like himself, or herself. So if you’re a dualist you’ll think everyone has your experience and is a dualist - but they just can’t put it into the right words. That’s a mistake I call the typical mind fallacy - supposing that all human minds are the same.

“But I don’t think it’s impossible for the monist to accept the dualist, not on the basis of direct experience but, through a kind of empathy and also by being convinced by how great minds from the history of philosophy, literature and science express in an honest way either their dualist or monist experience.

“To take a scientific example, I think both Einstein and Schrödinger were monists, and to take an example from literature, I think George Orwell was a dualist. And I think you can find other examples in both science and literature. I think people who are interested in trying to understand my position can draw on these different accounts people give.”

Why do you think it’s a natural type rather than something to do with social conditioning?

“I believe it’s natural, though I wouldn’t want to say it’s impossible to modify or strengthen. Put it this way, I think if you’re born in a country like India where the people are Hindus, and monists, you are going to be disposed to accept monism.

“But if you focus on just the core dualistic experience then I think it’s more likely to be a result of nature rather than nurture. It’s a simple thing that would make sense as innate.”

Do you say that because of the way people report having the “I am me” experience at a young age?

“Yes, partly but also because they say that it was sudden, that their realisation wasn’t something they came to by reason or a slow process.”

Tell me more about the ‘I am me’ experience which you had?

“It was a bit like Jung’s in that I was in an area where people were making a lot of noise, and I just said to myself: ‘This is incredible. I exist’. And somehow that thought had never occurred to me before.

“It stayed with me and I didn’t really know what to make of it until I started doing philosophy and I started building it into this bigger picture.”

ARE YOU A MONIST OR DUALIST?

Question 1: Can you be aware of an object and simultaneously be aware that you are aware of it?

Question 2: Supposing you answer yes to question 1, does this experience enable you to be aware of your self as a simple, unitary being?

Answering yes to both questions is a strong indicator of a dualist nature, according to David Berman. However, he has a more detailed questionnaire that he is happy to share with interested readers to advance his research. He can be reached at dberman@tcd.ie and would welcome volunteers to take the test.