The best movie of 2019, according to Irish film critics

It’s clever, it’s funny, it’s dramatic, and this won’t be its last movie award this season 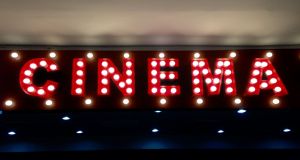 The Dublin Film Critics Circle (DFCC) has named Noah Baumbach’s Marriage Story as its favourite film of 2019. Currently chewing up awards season, the cleverly balanced film — as much a sour comedy as a drama — stars Scarlett Johansson and Adam Driver as a couple breaking up discordantly at different ends of the United States.

The film scored in multiple categories. Driver and Johansson were named as, respectively, best actor and best actress. Baumbach took the prize for best screenplay.

If there is a lesson to be drawn from the critics’ list it is to do with the continuing rise of Netflix. Martin Scorsese’s The Irishman, like Marriage Story, a production of that company, registered as the circle’s second favourite film of the year.

The streaming giant, hitherto sceptical about theatrical distribution, put most of its awards contenders into Irish cinemas several weeks before they debuted online. It will be interesting to see if Netflix continues to score with film critics and Oscar voters as the years progress. Now an important producer of films, the innovative firm ends the decade in a position of power that would have seemed inconceivable in 2010.

There are also lessons about the perils of releasing your awards-friendly film right at the beginning of the year. Yorgos Lanthimos’s The Favourite, which emerged here on January 1st, figures seventh in the best film race, but only eighth in the competition for best Irish film.

If the Irish Film and Television Awards, which went missing earlier this year, reappear in 2020 then The Favourite will have one more chance of late recognition.

Might Neil Jordan’s Greta, a co-production set in New York, have fared better if it had been more conspicuously “Irish”? We can only speculate.

Many of the current awards favourites featured throughout the Dublin critics’ list. Pedro Almodovar’s Pain and Glory and Todd Phillips’s Joker also did well. Martin Scorsese, current favourite for best director at the Oscars, grabbed the equivalent prize from the DFCC.

But a few films did fare better than they have hitherto done at awards such as the Golden Globes and the Screen Actors Guild. There was a deservedly strong showing for Olivia Wilde’s delightful comedy Booksmart. Largely ignored by other critics’ groups, the raucous, noisy film, following two teenagers on their last days in high school, scored top-five finishes in best film, best director and best screenplay. Wilde spent many of her childhood summers in Waterford and, undoubtedly a keen reader of The Irish Times, is sure to appreciate the respect put her way.

The DFCC awarded two “breakthrough” prizes. Aisling Franciosi, the Irish actor who was so strong in Jennifer Kent’s The Nightingale, won the prize for outstanding breakthrough performance. Kantemir Balagov, whose Russian film Beanpole astonished towards the end of the year, took the prize for best breakthrough director.

The Dublin Film Critics Circle, of which this writer is a member and whose president is Tara Brady of The Irish Times, comprises full-time critics working within the capital. In addition to its annual awards, it presents a range of prizes at the Dublin International Film Festival.

BEST FILM
1. Marriage Story
2. The Irishman
3. Pain and Glory
4. Joker
5. Booksmart
6. Once Upon a Time in… Hollywood
7. The Favourite
8. Hustlers/High Life
9. The Souvenir
10. Ash is Purest White/Monos