US academic pledges to defend free speech at seminar

Conference has been criticised because of links to Denis O’Brien 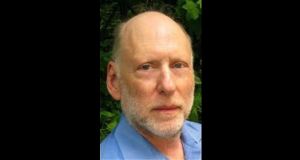 A leading US academic due to speak at a conference in Trinity College, Dublin has said he “will defend the right to seek truth and to campaign against any and all assaults on the freedom of speech”.

Prof Todd Gitlin of Columbia University’s prestigious school of journalism will participate in a seminar on November 6th entitled Freedom of Speech – where journalism and law collide.

*The media partner for the event is Independent News and Media. Billionaire Denis O’Brien is a leading INM shareholder and the owner of Communicorp, one of the biggest radio stations groups in Ireland.

Last month, Communicorp directed that Newstalk and Today FM should not interview anyone from The Irish Times on foot of its anger about a column written by Fintan O’Toole.

The publicity material for the Trinity College conference states that “in a world where truth is under siege, freedom of speech has never been more important”.

Saying that he had not “previously heard” of Mr O’Brien, Prof Gitlin said: “Please be assured that in any setting . . . I will defend the right to seek truth and to campaign against any and all assaults on the freedom of speech.”

In 2016, Mr O’Brien mounted a legal challenge to Dáil privilege, which is enshrined in the Constitution, claiming TDs had breached his right to privacy and should be censured.

Mr O’Brien has also taken a number of legal actions against individual journalists, including Elaine Byrne, a barrister and a columnist with the Sunday Business Post.

“It seems odd that a conference is being sponsored by a company whose major shareholder does not seem to share the theme of the conference given the frequency with which he has sued journalists,” she said.

The seminar is part of a four-day examination, split between Dublin and New York, that will look into “factions, fears and fake news”, according to a spokesman for Trinity. INM had no comment to make.

The Irish secretary of the National Union of Journalists, Seamus Dooley, said he thought people should participate and express their views: “I would encourage people to turn up in large numbers and speak,” he said.

*This has been edited. The original incorrectly said the conference was partly funded by INM. The error was introduced during editing.