This week’s top podcasts: The Black Tapes, Radiolab and Why We Eat What We Eat 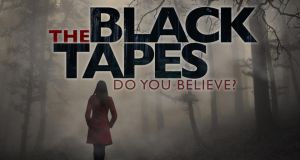 The Black Tapes
Episode 1: A Tale of Two Tapes, Part 1

The days are getting shorter, colder and most definitely spookier. So for the month of October cosy up as close as you dare to this gorgeous audio-drama from Pacific Northwest Stories. Part Serial, part X-Files, The Black Tapes is a fictional documentary-style podcast. Each episode follows scrappy reporter Alex Regan’s foray into the unknown via her investigation of the mysterious Dr Richard Strand. He is dedicated to disproving supernatural occurrences and likes to believe he can’t be stumped: except he is, by a small collection of black unmarked cassette tapes in his office. The performances are warm, occasionally camp, and eerie enough to keep you on the edge of your seat, but not so much that you won’t want to listen after dark. This first episode welcomes us into Alex’s pursuit of the truth in supernatural activity, and her first encounters with the enigmatic Strand. The third season is currently airing fortnightly, which gives you plenty of time to catch up over the autumn. But we recommend you get your most superstitious friends around, pour some wine and light some candles. It’ll be as atmospheric as a séance, but less likely to invite spirits into your home (I think).

Radiolab
Season 10, Episode 13: Colour
Radiolab is almost as ubiquitous with podcasts as This American Life. Consider it the audio equivalent of BBC’s Horizon: a series of documentaries, interviews and studies hosted by Jad Abumrad and Robert Krulwich, produced by WNYC. It is always one of the first shows I recommend to radio lovers who are just beginning to enter the world of podcasting, and this is the episode to listen to first, especially as an antidote to the dull light we’ll find ourselves commuting and driving in this winter.

In three distinct parts, the episode explores how humans experience colour, how animals experience colour, and how there are some people in this world who literally see more colour than anybody else. There’s a choir that aurally illustrates the spectrums we see, too, which is one of the finest pieces of audio I’ve ever heard. It’s surprisingly moving and uplifting for a philosophical and scientific documentary about colour. Let it bring some warm gold and roaring reds to your headphones. Listen to it while making your tea in the morning, getting ready to brave the rain and cold on your way to the office. It might make you notice some silvers and blues among all the grey.

Why We Eat What We Eat
Episode 1: The Search For Big Kale
A bright, cheerful culinary documentary that examines how we eat, what we eat and why: what are the unseen forces behind our eating habits. The Why We Eat What We Eat maiden episode clocks in at a breezy 20 minutes. This episode hones in on what it was about kale that caught the imagination of the food world in recent years. With the rise of Instagram food culture, food has become a status symbol that’s easily performed, and this episode examines how that works for each of us, and how it worked for kale. It’s not all just straight facts and interviewing, too: the last seven minutes involve some excellent storytelling about the mystery of the American Kale Association. This episode is likely to leave you a little hungry, a little less surprised when you see kale appearing on a McDonald’s menu, and fully in the know as to why there were cupcakes everywhere in 2012. Listen to it within arm’s reach of a well-stocked fridge.