Dr Ciara Kelly: I don’t go round thinking ‘I am a woman’ all the time 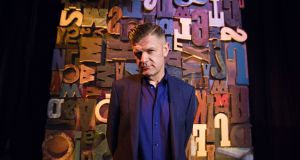 ‘Brendan O’Connor’s Cutting Edge’, where panellists bloviate entertainingly about the news of the day on live television. Photograph: Andres Poveda

The human brain is a wonderful thing, the comedian George Jessel once observed: it starts working the moment you’re born and never stops until the moment you stand up to speak in public.

With that in mind, it’s hard to be too severe on anyone who finds themselves on Brendan O’Connor’s Cutting Edge (RTÉ 1, Wednesday, 9.35pm), as they are required to bloviate entertainingly about the news of the day on live television, before a studio audience, under hot lights and in the full glare of Twitter. There, but for the grace of God, goes George Hook.

This week, there is a news story that simply cannot be ignored: the devastation of Storm Ophelia, a matter of great import with no obviously divisive angle. So instead the show wonders about reckless public behaviour with the slight exaggeration that it is to be outlawed. In short: Leo Varadkar wants to jail eejits. Discuss.

Remarkably, even this train of thought is easy to derail, which is why broadcaster Dr Ciara Kelly, writer Stefanie Preissner and newspaper editor Richie Oakley are within a few moments rigorously discussing which of the Happy Pear twins they most dislike.

The audience and Twitter is delighted. “You can’t have it both ways,” argues Preissner of the reflex to condemn a 72-year-old who plunged into treacherous waters in Salthill. “It’s reckless but we’re using it now for entertainment.”

Having it both ways, however, is the whole point of the show.

None of this is as interesting as how the panellists regard each other, supportively, incredulously, or defensively.

Today, the show recognises, Kelly is the news: freshly announced as George Hook’s successor on Newstalk. During an otherwise trivial section on social media, O’Connor, a shrewd interviewer with a light touch, asks Kelly about being Newstalk’s only female primetime presenter.

Kelly, usually strident, is tellingly evasive. “I don’t see it that way,” she says. “I don’t go round thinking ‘I am a woman’ all the time. I just want to make great radio. If I happen to be a woman at the same time, that’s a good thing.”

That she will argue, a few moments later, in favour of women “making a scene” as a defence mechanism against sexual harassment, seems more sincere. If you want to counter inequalities, that arguments suggest, you need to make imbalances of power and gender conspicuous to all.

If that happens to make great radio, that’s a good thing.