TV review: Red Rock, which has been like a cross between CSI and Fair City, has had a fair innings 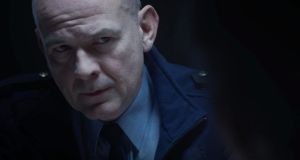 The first thing that needs to be said about this week’s two-part finale to Virgin Media One’s Red Rock is that there is a two-part finale. Yes, Red Rock, the one with the guards and the lighthouse and the soft-rock blaring a little too enthusiastically over the opening credits. We’ve reached 2020 and it is still a thing. How extraordinary.

An inauspicious demise had loomed for the popular (ish) seaside soap when it went off the airwaves last February. Nefarious politician/cocaine dealer Tom Callaghan (Barry O’Connor) had plunged to his seeming death, his Garda chum Kevin Dunne (Conor Mullen) looking on in horror and we cut to black.

What a terribly bumpy journey it was turning into. Last spring’s shuttering had followed an August 2017 “hiatus”, caused by the sale of the show’s set at the old John Player factory in Dublin. The great Irish TV scrapheap loomed for a series originally unveiled as the jewel in the glittering middle-brow tiara of TV3 (as it then was).

The big challenge in approaching the finale’s opening instalment on Monday night is recalling where we had left off. The one-hour special will be followed by a second on Wednesday. Loose-ends will be tied up, cliffhangers un-hung, justice done to a small screen underdog that deserved better than to peter out ignominy.

But keeping up with a convoluted soap – as Red Rock was, for all its many positive qualities – is a tall order at the best of times. And with so much must-see TV, loyalty to any individual drama is naturally conditional. The first question that occurred as I sat down the preview of the finale made available to the media was: who are these people again? The second was: and why should I care anyway? I still haven’t got around to HBO’s new Watchmen.

To its credit, the episode does open with a scene-setting flashback. But it’s just a minute or so and if you’ve merely dipped in and out of Red Rock you may still be confused. I certainly was, though I eventually recalled that, while Superintendent Dunne may not have killed Callaghan, he was nonetheless deeply compromised by his dealings with the murderous wheeler-dealer and, in particular, the death of a sex worker. He had, for instance, tampered with evidence to direct suspicion for the murder away from Callaghan. And then appeared to implicate himself, in a voice-message to his wife.

The trail for the truth now leads to a creepy woodlands. A scene in which investigating officers Ash and Paudge – they sound like an edgy US comedy duo – snoop around yields True Detective season one levels of rural gothic creepiness. The problem is that True Detective levels of rural gothic creepiness may not have been what TV3 had in mind when it commissioned Red Rock. The idea was to fill the gulf in its schedules caused by the departure of Coronation Street to UTV Ireland – today every bit as dead as poor Tom Callaghan.

But even if its original raison d’être is not longer of relevance, Red Rock has had a fair innings. While it would be an overstatement to say it was in some way cursed, it hasn’t had the best of luck. It certainly suffered rather an iffy start in January 2015. Back then it felt like just another sub-par homegrown drama, complete with wobbly sets and even wobblier scripts.

Yet it quickly founds its footing. Red Rock’s greatest attribute – but also perhaps the creative risk that sealed its fate – was that it attempted to span several genres. There were the usual soap opera warring clans, with Callaghan as a junior minister and cocaine magnate and Cathy Belton as Lady Macbeth-by-the-sea Patricia Hennessy. What was different was that the melodrama took place against the backdrop of a busy Garda station in a fictional Dublin coastal suburb that seemed to bob somewhere between Dún Laoghaire and Malahide.

Along with romantic rivalry, infidelity and other betrayals, Red Rock quoted liberally from the A-Z of TV procedurals. The result was a sort of CSI Fair City – which sounds like a mess yet somehow often wasn’t.

The best thing about Red Rock is that it wasn’t afraid to be bold (and not in the naughty step sense). Irish drama is often crippled by the curse of low expectations: people anticipate that it will be terrible and those involved can internalise that lack of ambition. Red Rock didn’t suffer the traditional inferiority complex. And the aspiration to be something other than TV you watch out of a sense of obligation continues into the concluding two-parter.

We begin where the action left off with the death of Callaghan, plunging earthward as Dunne looks on. Back at the station his fellow detectives are divided over his guilt or innocence. Among those smelling a rat is Garda Ash Cahill (the excellent Leah Minto), who suspects the recent tragedy may be connected to the killing of a prostitute.

It’s heady stuff and just about short of ridiculous. What the show does especially well is blend over-heated storylines with a plausible portrayal of a Garda HQ. Television has been historically and hysterically terrible at giving us convincing gardaí. Consider the BBC’s recent Dublin Murders, where neither of the two leads, Killian Scott nor Sarah Greene, in any way resembled a real member of the force.

Red Rock by contrast gets our national police service right. They are cynical, wise-cracking , not even mildly glamorous. Yet you believe in them as the protagonists in a reasonably sophisticated crime caper. Consider Cahill’s plodding partner Paudge Brennan (Patrick Ryan): his moral compass points in the right direction but nobody will mistake him for an escapee from the heightened world of peak TV.

It’s ultimately a shame, then, that Red Rock finally, definitively ends Wednesday. The series apparently cost too much to justify its moderate ratings. And that’s factoring in an apparently devoted (though small) following on the BBC – it was summer stand-in for Australian soap Doctors – and US streaming service Hulu, where it streamed for a number of years.

It’s been a more interesting ride than anyone might have imagined possible when Red Rock emerged dripping from the churning grey morass of Irish TV half a decade decade ago. And now, finally, it receives the send-off it deserves.

Red Rock finale, part two, is on Virgin Media One at 9pm on Wednesday January 8th

Patrick Freyne: The mystery of Dermot Bannon and his many surrogate wives
9 Welcome to the child sex capital of Europe
10