Making a Murderer back for a second season in October 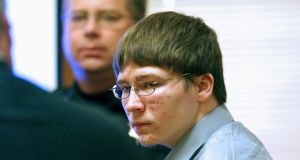 Netflix’s hit true-crime documentary series Making a Murderer will return for a second season on October 19th, focusing on the appeals cases of Steven Avery and his nephew Brendan Dassey.

“Steven and Brendan, their families and their legal and investigative teams have once again graciously granted us access, giving us a window into the complex web of American criminal justice,” said executive producers, writers and directors Laura Ricciardi and Moira Demos.

“We have chronicled the experience of the convicted and imprisoned, two men each serving life sentences for crimes they maintain they did not commit.”

Since the show debuted in December 2015, both Avery and Dassey have been involved in a lengthy appeal. Dassey’s original confession was judged to have been improperly attained, according to a federal appeals panel that said

he should be re-tried or released.

However, in June this year, the supreme court denied his appeal case.

Avery had his own appeal for a new trial rejected, after his legal team argued that new scientific tests cast doubt on evidence submitted at his original trial.

The first season of Making a Murderer became a sleeper hit, slowly building a huge worldwide fan base and becoming one of the key shows - along with Serial, The Keepers and The Jinx - at the vanguard of a true-crime renaissance.

Making a Murderer’s original series sparked massive interest in Avery and Dassey’s cases and, a month after it was released, more than 275,000 viewers had signed a petition asking then President Obama to overturn Avery’s conviction.