After her central role in the Repeal campaign, Flynn is back to save the nation again 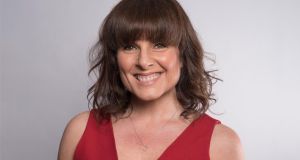 This week President Michael D Higgins signed the referendum Bill into law, removing the Eighth Amendment from the Constitution. Taranoia is a series of dispatches in a post-repeal Ireland, but it’s not necessarily an unpacking or a decompression. Tara Flynn, the host, was central to the campaign to repeal the eighth but primarily is an actor, writer and comedian. In Taranoia she builds something new after the madness and struggle of the period around the referendum.

The recording is a little punk-rock, recorded at home, with the subtle meowing of Flynn’s cat occasionally in the background. Flynn talks directly to the listener with a warmth and honesty that is refreshing.

Blindboy Boatclub’s podcast is nationally beloved – I believe this popularity comes from the intimacy that comes with listening to one person speak with wit and openness and the right kind of weirdness. Flynn has this gift, too, in her tone and delivery. Where Blindboy offers philosophical musings and strange stories, Taranoia is a tender, funny one-woman chat show.

It’s a reclamation of the crack after a culturally intense and difficult time for Ireland, and an examination of what makes us worried and uncomfortable online. Flynn discusses the intensity of the referendum, and the opportunity for light and lightness in its aftermath. At one point she jokes that while recording, she’s wearing a shock blanket to stabilise herself. The whole nation is wearing one, too. There is lightness here and also great sincerity: we live in a stressful political climate, and Flynn is an analytical host who doesn’t shy away from cultural discourse.

As the first few episodes pass, she mixes wit and cheekiness with a deconstruction of our culture of conflict. Currently there are two episodes a week, a generous output. It’s an unusual structure but it works. The forthcoming episodes promise interviews and conversation. This is a warming, intimate listen: a chat that feels good to be in on.