In her temporary mid-morning tenure, she proves you don’t have to be un-PC to entertain 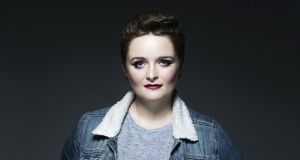 For all that 2FM covets a youthful audience, it’s not always an obvious destination for the generation of snowflakes that supposedly passes for young people today. After all, a schedule of shouty comedians and larky ex-pop stars swapping trivia over autotuned chart fodder doesn’t automatically appeal to the easily offended or socially aware. But if Louise McSharry at 10 (2FM, weekdays) is anything to go by, things are about to change.

For anyone allergic to the culturally-sensitive direction of modern language, McSharry’s show will likely cause anaphylactic shock. As she fills in the mid-morning slot recently vacated by Nicky Byrne and Jenny Greene, the presenter’s patter is guaranteed to grate with the politically incorrect brigade. Her conversation is littered with phrases such as “bodily autonomy” and “safe space”, while issues under discussion range from “male locker-room culture” to the most intimate areas of female anatomy. Short of proclaiming a fondness for smashed avocados and soy flat whites, McSharry couldn’t sail any closer to the stereotype of the pampered millennial so beloved of right-wing shock jocks.

For all that, those expecting her to be an exponent of righteous wokeness may be disappointed too. McSharry’s obvious ease with contemporary concepts of equality and respect does not translate into earnest polemics: she deploys her PC jargon in lighthearted fashion. Rather, she has a light yet sure touch that imbues even the most trivial of subjects with an impishly diverting quality.

On Wednesday, the host hears comedian Michael Fry recount his “driving trauma” of taking six years to pass his test. It’s frothy and irreverent in tone, but quietly reassuring to anyone who’s struggled with driving lessons. McSharry also tackles the hot topic of consent from a novel angle: whether people should change their hairstyle or grooming without permission from their life partner. She says that if her husband shaved off his beard without telling her, “it wouldn’t feel like him anymore”.

When McSharry invites listeners to recount similar experiences, she gets more than she bargained for. One texter shares a particularly icky tale about seeing a friend getting groomed by her mother in what the presenter tactfully calls the “private female areas”. “I can’t imagine getting down on all fours for waxing,” a chastened McSharry says. Her show may be a safe space, but such moments merit a trigger warning.

Overall, however, McSharry makes for good company. Thoughtful and attuned, yet witty and casual, she keeps proceedings moving quickly, without being hurried. Her sense of invention is evident in her regular slot about sports stories for the non-sporty, which mixes quirky anecdote with lightly worn social commentary. Meanwhile, her playlist has a mercifully less generic quality than that of her predecessors, with new Irish acts and offbeat pop abounding. (That said, she loses cred for playing Counting Crows’ bland rock version of Joni Mitchell’s Big Yellow Taxi.)

Following the departure of Byrne and Greene – the former to rejoin boyband Westlife, the latter out of 2FM altogether rather than returning to evenings – McSharry seems an ideal candidate to take the slot in a new direction. Her tenure is only temporary, however. The slot is due to be taken over in June by Jennifer Zamparelli, co-host of 2FM’s morning show Breakfast Republic and star of RTÉ2 sitcom Bridget and Eamon, whose style is more traditionally zany yet snarky than McSharry’s knowing yet appealing approach. In terms of ratings, Zamparelli may be an obvious option, but, on this evidence, McSharry would be the more innovative choice.

The detail is often unbearable to hear, as miscarriages in toilets, sudden stillbirth and botched deliveries are recalled

Meanwhile, Joe Duffy warns his listeners about explicit subject matter on Liveline (RTÉ Radio 1, weekdays), as women share their distressing experiences of giving birth in Irish maternity hospitals. The stories are often graphic in nature, but strike a chord with Duffy’s audience. The previous Tuesday, a woman named Michelle told how she was “shocked and disappointed” with her maternity care at a Galway hospital, prompting a flood of similar stories for two weeks running. “And still the emails come,” says Duffy, almost overawed at the volume of unhappy tales.

One after another, women recall how the difficulties and tragedies of childbirth were compounded by medical care that was at best brusque and indifferent, at worst callous and negligent. The detail is often unbearable to hear (though, as Duffy rightly notes, we can’t imagine how distressing they were to go through), as miscarriages in hospital toilets, sudden stillbirth and botched deliveries are recalled. Descriptions of post-natal complications are similarly visceral in nature: you wouldn’t wish a “fourth-degree tear” on your worst enemy.

But the pain and trauma is not the main issue at hand. Rather, the women constantly return to the notion that their concerns were dismissed, as though they were inconvenient bystanders at their children’s births. “I felt like a piece of meat,” remembers one mother. “My dignity was stripped away from me,” recalls another. Though some sought legal redress, for the most part the callers felt pressured to stay silent and move on. “The biggest thing was not having a voice, not being heard,” says one caller, Lisa. Unsurprisingly, post-natal depression is a recurring theme, with another woman, Catherine, noting that these tales have “resurrected my distress, my turmoil”. But, she adds, “I feel morally compelled to tell my story, otherwise the system gets away with this yet again.”

Not that the system admits any culpability. Duffy drily notes that after a week of such dreadful accounts, the HSE has finally issued a statement, saying it isn’t in a position to comment. The presenter doesn’t offer any other comment, he doesn’t have to: the health body’s statement is damning enough.

It’s one of those moments where Liveline hits a raw nerve and uncovers a side of Irish life hidden in plain sight. The vast majority of births go well, Duffy acknowledges. “But for these women talking now, it is 100 per cent what happened to them, 100 per cent painful, 100 per cent distressing.” It’s difficult radio, but essential: sensitivities sometimes have to be offended to create truly safe spaces.

On Tuesday, television producer Ciarán Ó Cofaigh appears on Today with Sean O’Rourke (RTÉ Radio 1) after the Data Protection Commission dismissed his complaint about the right to spell his name with fadas on hospital forms. Ó Cofaigh is understandably annoyed that his name cannot be spelt correctly, making his case in legal, technical and philosophical terms: “My name is the essence of who I am.” But he gets too passionate: “This is a societal thing. It might be fadas today, it’s cervical cancer tomorrow, people dying unnecessarily.” O’Rourke, unsurprisingly, sounds incredulous at this. Ó Cofaigh, having taken his case so far, couldn’t help taking it fada.