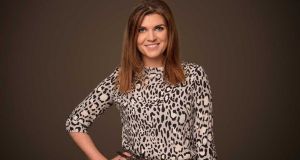 Muireann O’Connell has the enthusiasm, not to mention the affability, to keep things palatable

It could be argued that if you work on a breakfast show, you’re effectively playing to one of the toughest crowds on radio: people about to hop on the daily grind again (or worse, the M50). A good breakfast show does many things: it’s upbeat and entertaining without making the listener feel like they’ve wandered wrongly into a cabaret club night. It’s about putting the listener back on the grid and easing them gently into a new day.

No such luck over on 2FM’s Breakfast Republic (2FM, weekdays). Depending on who you ask, the overall effect is rather bracing or hectic, due in part to an onslaught of perky pop and modish R&B anthems. That in itself is certainly enough to awaken the senses, but the music soon gives way to a trio of banterists: Bernard O’Shea, Keith Walsh and Lottie Ryan, the latter appearing on air in Jennifer Zamparelli’s stead. It’s a frenzied, chaotic dynamic, with everyone evidently jockeying to impress (though, occasionally, Walsh has the good sense to pull back and let O’Shea Do That Thing He Does).

Relative newcomer Ryan is evidently keen to prove herself a worthy prong in the trio, and it can be hard to be the newcomer. Yet, in the attempt to replicate the – well, if not effortless, then well-rehearsed – chemistry of O’Shea, Walsh and Zamparelli, things tend to occasionally edge over into try-hard zaniness.

While many of the typical breakfast radio boxes are ticked – breakneck, shouty banter, an “irreverent” nod to the more ticklish news stories of the day – Breakfast Republic is crucially missing the special spice. For all the bants being bandied about, there’s a distinct lack of sharp humour or wit.

A listener texts in: “Is Jen ever coming back or has she left the show for good?”

“Who?” is the witless, predictable response.

Is this flat humour by accident or design? A tactic to ease the listener into the day gently by doing away with the clever stuff? Perhaps we’ll never know.

The Strawberry Alarm Clock (FM 104, weekdays), with Jim-Jim and Nobby, has never had a problem with longevity, though God only knows how. The chemistry between the two presenters is rather easygoing, and the show unfolds at a gentle enough clip, though the conversation often tip into two-pints-in talk. The links on occasion are so loose and aimless that one wonders if the pair have forgotten that they’re on air at all.

On Tuesday’s show, a poll is delivered with the gravitas of a national referendum: what time of the day should dinnertime be?

A conversation about Gillian Taylforth feeling sexy at 62 goes round in circles, while the news of singer Ellie Goulding’s engagement elicits an exhaustive/exhausting list of her previous paramours. Later on, in Thursday’s show, Jim-Jim takes to the streets to be told what to do and say by the powers-that-be in studio (he’s on a building site, for reasons best known to FM104, pretending to be on the first day of a job and bothering some foreman with chat about how he likes his cement wet). It’s the sort of gimmicky “hidden microphone” idea that likely sounded plausible in a meeting, but becomes pointless drivel upon execution. A podcast item on Gerry Adams’s mooted cookery show has potential in theory, but befalls an even more cringeworthy fate.

Over on Today FM, Muireann O’Connell’s magazine show (weekdays, 7pm) offers up a breezy and inoffensive platter of pop, watered-down indie and chat. On Tuesday’s show, a poll is delivered with the gravitas of a national referendum: what time of the day should dinnertime be? The rest of the week’s offerings run on similarly safe, from International Cat Day and an item detailing P Diddy’s spell in an Amish camp to a nostalgic look back at the Gaeltacht. So far, so boilerplate, yet it’s to O’Connell’s credit that she has the enthusiasm, not to mention the affability, to keep things palatable.

Elsewhere, ’tis the season for temporary on-air replacements – Blathnaid Treacy was bringing the late-night noise in Dan Hegarty’s stead last week on 2FM, while Miriam has been holding the fort in Sean O’Rourke’s slot on RTÉ Radio 1.

And sometimes during summertime takeovers, that’s all it is: an exercise in fort-holding. Other times, it gives the audience pause for thought and makes them wonder just why certain broadcasters aren’t on the air more often.

This wouldn’t have been readily said of Kathryn Thomas a couple of years ago. For a rather long stretch, she was a prominent presence on RTÉ’s TV schedules. It is often the wont of the national broadcaster to anoint a flavour of the month and make them a ubiquitous presence for a spell, but for the audience there can sometimes be too much of a good thing.

Yet Thomas’s return to work, after several months of maternity leave, was a refreshing moment. Standing in for Ray D’Arcy (RTÉ Radio 1, Mon-Fri, 3pm), Thomas opened the show with an admission relatable to many: that leaving her daughter off at a childminder brought “a huge amount of guilt”, even if she was excited to return to the fray. And it’s precisely Thomas’s everywoman delivery that appeals. Occasionally rough around the edges yet conversational and engaged, Thomas’s daily session of setting the world to rights on everything from public toilets to extortionate Venetian cafes was a welcome breeze through what can often be the station that takes itself rather too seriously.

The transition from print journalism to the airwaves can often be a successful one. Matt Cooper, Vincent Browne and John Murray all made the leap with elan, but it’s not necessarily a foregone conclusion. That Sunday Independent journalist Barry Egan can conduct an in-depth showbiz interview is by now a given, but how does he fare in a different medium?

The Barry Egan Tapes (Newstalk, Monday, 9pm) is a series of intimate interviews, and kicking off with singer Damien Dempsey – barely the most verbose of interviewees at the best of times and often more reticent than not – is a bold move. He is followed swiftly by Camille O’Sullivan, who is much more forthcoming.

Egan’s is not a polished radio delivery, yet he has the sense to step back and let his subjects do most of the spadework. And in deploying that tactic, he occasionally hits paydirt: Dempsey opens up and mentions having visions and entertaining ghosts in his house. Proof that Egan, on some level, must be doing something right.