Podcast of the week: Bodies – sex, pleasure and medical ignorance 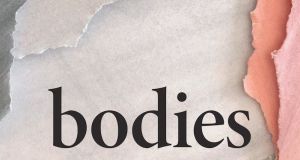 Allison Behringer’s pilot episode of a series that seeks to solve the mysteries of the human body starts with a conundrum she faced with her own body.

This episode of Bodies looks at a time in her life when sex was physically painful for her and she had no idea why – and no doctors would help. This podcast is, from the very beginning, frank and assured: it is storytelling that has a purpose further than expelling a personal truth. Behringer uses the personal details of her own difficult, confusing experience to tell a wider story about how women’s bodies are treated by medical professionals, especially as sexual beings.

Certainly, in the way that listening to anyone talking about sex could be difficult for some listeners, this podcast has hard moments. However, they are not moments of flawed storytelling or poor design: they are remarkably human, resonant and true. Behringer is not sacrificial or exploitative in her explanation of how and when sex became painful, and what that did to her relationship. She was 24, and in love, and in inexplicable physical pain. The first doctor she sees simply tells her that lots of women have pain during sex and sends her home.

This is a dark and true revelation about the female experience of pain, medicine and sex – women are just expected to carry it. Behringer is not angry but she pursues answers and advocates for herself.

My new podcast Bodies is live! Subscribe+listen on @ApplePodcasts. Each ep of this doc series begins as a medical mystery. But once you peel back the layers, more questions emerge. Ep1 is my own story. @bodiespodcast @IPPkcrw https://t.co/Yo9o4utKc6 pic.twitter.com/Puj9e7wLtH

She talks about the struggle she has communicating her issues with her friends and the alienation she feels, but that is not what this podcast hinges on. There is a mild dramatisation (almost natural-feeling) in which she recreates a conversation with a specialist who helped her answer her problem – the contraceptive pill, it turns out, was responsible – which leads in to a section of the podcast that explores the science of why it is that sex can be physically painful for women, what hormones and glands cause it.

This scientific and medical approach is fascinating, and Behringer’s personal tone makes way for it. There’s a discussion on the origin of the contraceptive pill, and a query into why it is that the side-effects that can impact on female sexual pleasure are so largely ignored.

The relief, narratively, that comes as listeners discover Behringer has finally been listened to and her problem does have a solution is palpable – but the story thread that concerns her relationship at the time continues. Behringer is so frank in this and it’s refreshing to hear: there’s no awkwardness in her tone.

This episode is a historical and cultural exploration of sex, pleasure, medicine and the female body, all leading from this personal story about what happens when your body goes against you and you can’t find any answers.

It culminates in a conversation with Behringer’s mother which is almost devastating in how earnest it is: how little information women have historically been given about our bodies is at the forefront of this episode. Tonally, it isn’t like anything I have listened to before and I recommend it for anybody who has ever been given a blank stare by a doctor – or, realistically, anybody who has ever lived in a body. I look forward to the other mysteries that Behringer solves, and the stories she tells while she solves them.