Charity drops Martin Clunes as patron after he rode elephant 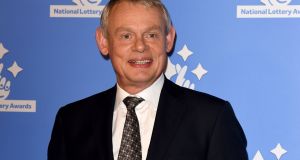 Actor Martin Clunes has been dropped as a patron of an animal welfare charity after footage emerged of him riding an elephant.

The Doc Martin and Men Behaving Badly star was criticised after climbing on to the creature during last week’s episode of ITV programme My Travels And Other Animals.

Following the outcry, charity Born Free has severed ties with Clunes, who had been a patron.

Born Free chief executive officer Howard Jones told the Mirror: “We can confirm that, with much regret, Martin Clunes is no longer a patron.

“Born Free has always been opposed to the exploitation of captive wild animals for entertainment and human interactions, including riding elephants.”

Clunes (57) is no longer listed on Born Free’s website as a celebrity patron, however a cached web page still contains his testimony praising the charity.

A statement attributed to Clunes states: “I like to do whatever I can for Born Free whenever I am asked. I love the Born Free Foundation, it steps in wherever there’s an animal facing cruelty, abuse or unfairness of any kind . . . any animal in any place.

“It’s a truly unique resource for wildlife conservation with a knowledge base built on years of work in the field in so many countries with so many different species. You should love it too.”