How to Live Better for Longer review: This public health message is hard to take seriously 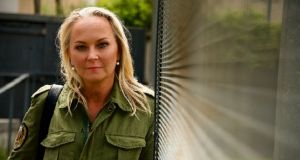 Why not begin with an old joke? A man goes for a check-up and asks, Doctor, if I don’t drink, don’t smoke, don’t do drugs, but exercise all the time and only eat healthily, will I live forever? No, the doctor replies, but it will feel like it.

Dr Eva Orsmond is not that kind of medic. If anything, her new show How to Live Better for Longer (RTÉ One, Monday, 9.35pm) is closer to the fantasy of the patient, a quest for eternal youth.

Introducing herself as a medical doctor and public health specialist in her early 50s who likes “looking and feeling young”, she tells us about her mother’s gifts of “breast feeding, lifestyle habits, home-cooked meals and good genes” – all of which have apparently contributed to Orsmond’s immense virtue and vanity.

Well, those and botox. “I must have been the first to use it,” she says of the cosmetic invention, her brow as unruffled as it expressionless.

But Orsmond, the one-time Operation Transformation adviser, has made a two-part series to mingle public health concerns with remarkable self-regard.

How instructive does the show intend to be? One of the keys to long-term good health, we hear, is already beyond our control: the diets of our mothers during pregnancy.

That this is examined, in all places, over a study of the long-term effects of the Dutch famine during the second World War, gives Orsmond little pause to consider the fluke of privilege. Remember, the trick to staying healthy longer is: eat well, stay active and avoid Nazi occupation.

“I have been thanking my mother for my good genes,” she tells the study’s professor instead, always gratified when someone confirms her best suspicions.

That’s why, of all the admirably active people we meet, and the scientists who love them, Emile Ratelband comes closest to the true spirit of the show.

Ratelband, a Dutch 70-year-old, lost his legal battle last year to be officially recognised as 49 (he insists to Orsmond that his “biological age”, measured scientifically, was 41, presumably having gotten younger since then).

Asked about his newfound fatherhood, conceiving simultaneously with two different partners, Ratelband calls it “like a confirmation of my youth”. (Out on Grafton Street, in one typically trivial test, few pedestrians offer similar confirmation.)

Perhaps Orsmond’s only inclination is towards public education and the improvement of life, but much of the show is taken up with her seeking confirmation of her own youth.

To see her leap competitively into physical exercise with pre-teens, then become overjoyed to have her “biological age” analysed as 26 (“fifty per cent down to my genes,”she sighs), or, most ridiculously, wearing a cumbersome “age simulation suit” to better empathise with those greater in years and lesser in genes is to watch self-congratulation tip beyond parody.

There is much more insight to be found in the remarks of one chronological 83-year-old, who has survived both breast and bowel cancer, and now maintains, “It’s your attitude that counts.”

That Orsmond absorbs this wisdom through the muffling earphones of her age-simulation apparatus (“I’m having difficulty hearing you!”) makes it hard to tell if her own attitude is the right one. Perhaps we will discover later in the series.

But, really, life’s too short.