We asked you for them, and they are: Daenerys will ‘burn them all’. Tyrion will be king 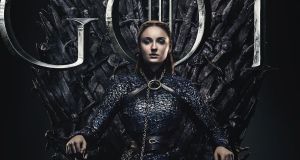 Tyrion will end up as king

Evan McGuigan, Dublin
This season has been mostly enjoyable so far and I am still intrigued to see where it all goes, but it is a noticeable step down from the series as it once was. Sound military tactics have gone out the window, characters are rushing into illogical decisions with scant explanation, and the lack of plot behind the White Walkers was disappointing to say the least. Still hoping for a mildly-satisfying ending with one more Hodor-style twist.

I think the upcoming showdown between Team Dany and Team Cersei will mark the point-of-no-return for Dany’s descent into madness, as is common in the Targaryen bloodline. While Cersei will gain the upper hand in the battle itself, I am hoping that Drogon will at least have time bake Euron Greyjoy (please!) before being shot down. Most of King’s Landing may well end up in flames too.

Greyworm will be killed by the Mountain in a failed attempt to avenge Missandei. I reckon that the Mountain will also kill the Hound in Cleganebowl, before then being dealt a fatal blow by Arya who’ll get to tick one more person off her list.

Jamie is now destined to kill Cersei and will probably die doing so. This would leave Dany will a clear shot at the Iron Throne - but having now entered Mad Queen-mode, she will be reluctantly dispatched by Jon Snow on the advice of Tyrion, Varys and Ser Davos to prevent further tyranny in Westeros. Jon will refuse the throne, thus breaking the Targaryen wheel.

Tyrion will end up as king instead, with Sansa ruling in the North, Gendry in Storm’s End, and Bronn getting Highgarden - a Lannister always pays his debts after all.

Debbie O’Brien, Dublin
Ayra kills Cersei as a faceless man in the shape of Jamie Lannister.

Gendry will sit on the throne

Hector Bolivar, Ireland
Gendry will be the one sitting in the throne with Sansa as his wife.

Cersei will give birth to a dwarf

Carol White, Dublin
Cersei will give birth to a dwarf. Jaqen H’ghar will return to work with Arya. Drogon will eat Cersei and Qyburn . The Hound will kill his brother.

Euron Greyjoy will be killed by his sister

Sansa will hold a Norexit referendum

Eoghan O Duill, France
Once Sansa becomes Queen in the North she will decide that the North really doesn’t belong with all of the other nations, so she will let her people decide in a referendum. They will vote in favour of Norexit by a narrow margin, but Sansa will find herself bogged down in tedious negotiations about customs barriers and trading deals.

Tyrion and Sansa will get back together

Siobhán Mooney, Dublin
Neither Dany nor Jon will sit on the Iron Throne (assuming it still exists). Dany wants it too much, but Jon doesn’t want it enough - and George R. R. Martin has been clear that simply being a good man doesn’t make a good king. Tyrion will be the king, to defy our narrative expectations. If Tyrion and Sansa get back together, as has been hinted, then that would knit the North and the South together too.

They’ll break up the seven kingdoms

Pearse Carberry, Dublin
I think there will be no overall King or Queen of the overall Seven Kingdoms and they’ll break up the kingdom into seven individually reigned kingdoms, John get The North, Tyrion gets The Rock, Gendry gets the Stormlands, Sansa gets The Vale, Jamie and Brienne get Highgarden , Yara Greyjoy gets the Iron Islands, Dorne continues to be ruled by its current ruler.

Brendan Griffin, Vancouver, Canada
Tyrion will introduce a democratic system of election, after Daenerys and Cersei die and Jon refuses to take the throne.

Daenerys will try to ‘burn them all’

Jonathan Collins
Arya will sneak into King’s landing and steal the face of either Jaime, Euron or Qyburn. She’ll slit Cersei’s throat. Meanwhile Daenerys will have discovered Varys and Tyrion’s plot to sit Jon Snow on the throne and go full on Mad Queen. She’ll try to ‘burn them all’ so Jon Snow will be forced to kill her to protect his family and in doing so, will sacrifice himself. When the dust has settled, Sansa will sit on the Iron Throne.