Entertainer featured in one of the best-known headlines: ‘Freddie Starr ate my hamster’

The comedian Freddie Starr has died aged 76 at his home in Spain. The former lead singer of the Merseybeat group the Midnighters rose to prominence as a comedian in the early 1970s after appearing on Opportunity Knocks. Video: ITV 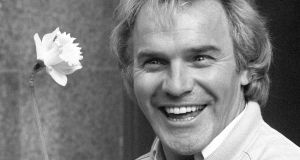 Freddie Starr has died at the age of 76. Photograph: PA Wire 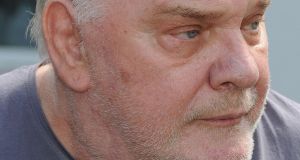 A May 2014 file photograph of Freddie Starr, who has died at the of 76. Photograph: PA/PA Wire

The comedian Freddie Starr has died at the age of 76. Starr, a household name who rose to fame in the 1970s, was found dead at his home in Spain.

Merseyside-born Starr was the lead singer of the Merseybeat group the Midniters during the 1960s and rose to national prominence in the early 1970s after appearing on Opportunity Knocks.

He was known by fans for his eccentric and often unpredictable behaviour.

Brian Shaw, who previously worked for Starr as either his promoter, agent, or manager for the best part of 30 years, and was a “very close friend”, hailed Starr as “a true genius”.

“He was an unpredictable genius”, he said.

“Starr was the godfather of comedy, the funniest man anyone had ever known, that’s shared by virtually everyone who ever knew him.

“He hadn’t been well in recent years

“He wasn’t terribly well. I was as choked as anyone when I heard the news.”

Fellow Liverpudlian comedian and TV personality Les Dennis said Starr was a “one off”.

“Freddie Starr was so exciting to watch live,” he tweeted.

“A true clown who could also sing like Elvis. A total one off. RIP.”

Russ Abbot, who appeared in Starr’s Variety Madhouse comedy series in 1979, described the stand-up as a “loose comedy cannon”.

The 71-year-old credited his appearance on that show with helping to launch his career, said: “You never knew what he would do next. A natural funnyman and hilarious.

“He helped launch my career of course and for that I will always be grateful.

“He was hugely popular in his day, unique in his unpredictability and bursting with a talent not seen before or since.”

He tweeted: “Just heard the news. Freddie Starr was the greatest.”

Actor Bobby Davro said on Twitter that Starr was “one of our greatest comedy talents”.

He wrote: “I’ve just heard that Freddie Starr has died. He was the funniest man I have ever seen. I’m so sad we have lost one of our greatest comedy talents. RIP Freddie.”

Former Allo Allo actress Vicki Michelle said he had been a “great comedian”, while Apprentice boss Lord Sugar hailed him as a “very funny man”.

A post said: “This is Freddie’s manager Just to confirm Freddie has passed away. R.i.p to our greatest comedian of all time.”

According to The Sun, Starr was found dead inside his apartment in the resort of Mijas on the Costa Del Sol.

In 1986, he was famously at the centre of one of the best known newspaper headlines when The Sun splashed with: “Freddie Starr ate my hamster.”

The story claimed Starr placed the small creature between two slices of bread and ate it at a friend’s home after returning from a performance in Manchester.

But in his 2001 autobiography Unwrapped, Starr said the incident never took place.

A meal of fermented egg and a camel toe forced comic Starr to leave after he suffered an allergic reaction and had to be taken to hospital.

Medics advised Starr to drop out of the competition in case his illness flared up again.

Police investigated an allegation of historical sexual abuse against Starr in 2012, which he said left him “suicidal”. Starr was told in 2014 he would not be prosecuted after spending 18 months on bail.

He lost a damages claim against his accuser in the High Court in 2015.

In an interview with the Mail on Sunday, he revealed he moved to Spain following the ruling, which left him facing a bill unofficially estimated at about £1 million.

He told the paper: “No matter which way I turned there was a f****** revolver pointing at my head so I thought ‘I’m not going to tell anyone, I’m just going to get on a plane and go to Spain, the place I love, and this is where I’m going to die’.

“I didn’t even know how high the legal fees were until after I’d left Britain.”

He added he had not moved “to deliberately get out of paying” and had planned to emigrate regardless of the outcome.