Stop your scrolling and watch these online trailers now

Two decades after the Phantom Menace teaser, they are our age’s internet art form 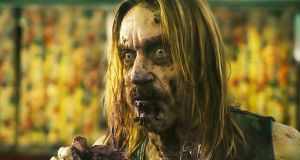 The Dead Don’t Die: the online pretrailer for Jim Jarmusch’s film is attention-span deficit in action

Not many cultural entities go through a golden period a century after their first emergence. Who guessed that the rise of the internet would prove so beneficial to the creaky old movie trailer?

They have been around since 1913, but never have they been so discussed. Just look at the fuss over Joker this week. To this point, Todd Philips’s origin story for the Batman villain – apparently unconnected to other films in the DC Extended Universe – had been greeted with puzzled shrugs. Everyone liked the idea of Joaquin Phoenix in the role, but surely that fine actor had better things to do with his time. Right?

We still have no idea what the film will be like, but the trailer has skewed expectations northwards. Its three compact acts allow Phoenix to progress from shy young man, to bullied outsider to full-on maniac. The visuals lean into the things Christopher Nolan stole from Michael Mann. Jimmy Durante sings. Robert De Niro cameos. This is how you do such things.

There has, in the last few weeks, been similar fuss around trailers for Toy Story 4 and for Quentin Tarantino’s Once Upon a Time in Hollywood. Even people who never go to the cinema chatter about these things on Facebook.

Though expectations are still unfairly raised and unjustly lowered, punters now have a better sense of how deceptive trailers can be

This was always going to happen. An early warning came in 1998 when a few million “surfers on the world-wide web” shouted furiously at overheating modems while failing to watch a teaser for the imminent Star Wars: Episode I – The Phantom Menace. It took a few more years for the obsession to solidify. Broadband became standard. YouTube arrived in 2005 and almost immediately confirmed the sub-five-minute video as the art form of the age.

These zippy adverts were initially screened after the feature – hence the derivation from “trail” – but exhibitors soon realised punters were fleeing at the sight of “The End” and the trailers were shifted towards the opening programme. Every succeeding generation perked up when the Columbia lady or the Fox fanfare presaged information about an upcoming release.

Even the most fervent film fan would, however, get to see a trailer only once or twice. (The excitement wasn’t the same when they arrived on VHS.) It is only in the current century that they have been studied with the focus that palaeontologists bring to potential traces of the missing link.

Though expectations are still unfairly raised and unjustly lowered, punters do now have a better sense of how deceptive such things can be. Consider the trailers for two films that came out in 2014. After watching those paratroopers descending through forbidding murk, viewers found themselves unexpectedly bullish about Gareth Edwards’s Godzilla. There was nothing dishonest about the promo. It was just very skilfully cut. But the film ended up being decidedly ho-hum.

The trailer for Paddington was, by way of contrast, so inexplicably creepy – something about how oddly the CG bear was framed – that it became the source of endless unflattering memes. Paddington as Jack Torrance. Paddington as Hannibal Lecter. The film ended up among the most beloved family entertainments of the era.

More deliberate manipulations of the truth do happen. One is more baffled than outraged by the apparent attempts to conceal the fact that Tim Burton’s Sweeney Todd was a musical or that Asghar Farhadi’s recent Everyone Knows is in Spanish. What do they think will happen when they’ve lured the punter into the cinema? Will he or she be persuaded to set aside their prejudices? Or does that just not matter once the exhibitor has the money?

Pity the poor American lady who tried to sue the people behind Nicolas Winding Refn’s Drive for promising something like a Fast and Furious film. Cutting trailers for Trey Edward Shults’s odd It Comes at Night or Lenny Abrahamson’s subtle The Little Stranger as straight-up shockers is ultimately counterproductive.

These tricks have been played for a century. But there have been some innovations. Over the last two or three years you may have noticed a puzzling online pretrailer before the thing that used to come before the main event. The promo for Jim Jarmusch’s The Dead Don’t Die is, for example, preceded by a six-second (I counted) spasm of key scenes and an inducement to “watch the trailer now”.

There could be no better illustration of the attention-span deficit in action. The new form was devised to catch the eyes of Facebook users scrolling past without stopping to watch the full segment. These are the same people who comment on headlines without reading the stories they introduce. Good luck drawing them to a dramatic medium that plays out in units of at least 90 minutes.

Anyway, that annoyance aside, the internet has saved and energised a much-loved commercial medium. We hope you agree as you scroll past the headline above.