The best theatre shows: The Red Shoes opens at the Gate 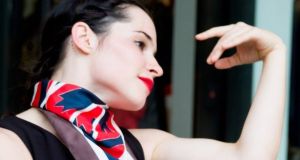 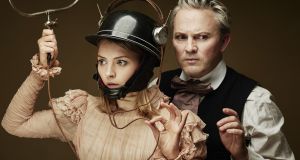 Genevieve Hulme-Beaman and Louis Lovett in ‘They Called Her Vivaldi’ 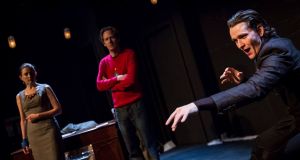 The Restoration of Hope at the New Theatre

What is so entrancing about Hans Christian Anderson’s dark fable, The Red Shoes? There may be no sole reason. But it’s unlikely to have inspired so many retellings for the punishing tilt of its Christian morality tale, one that originally found a vain girl wearing her new shoes to church, which were then enchanted to dance her into eternity, even overriding emergency medical procedures. If anything, the story’s rich imagination of forbidden excessive display has influenced everyone from Powell and Pressburger to Kneehigh and Matthew Bourne: however it ends, it’s the epitome of guilty pleasure. Selina Cartmell now makes it her first show as director for the theatre she leads, in a new version by the excellent Nancy Harris. Both have created spectacular and enthusing works for young audiences before, and here they have the performer Stephanie Dufresne as an orphan adopted by a wealthy Dublin family who receives the fated shoes. She is joined by actors, singers and dancers including Rosaleen Linehan, Owen Roe, Marion O’Dwyer and Ray Scannell, within an assuredly fleet-footed ensemble.

They Called Her Vivaldi

Theatre Lovett concludes its recent national tour of this popular revived show with an appointment at the Peacock. It’s not the first time they have been presented at the National Theatre and certainly not the last: a new work, developed this year, is scheduled for next year’s programme, Michael West’s FRNKSTN. That certainly seems in keeping with the steadily darker hues in Louis Lovett’s repertoire, but first is this upbeat comedy adventure for young audiences. Here he partners with Genevieve Hulme-Beaman to play a father and daughter who live in a haberdasher shop. The evocatively named Edward M Haberdasher has crafted a pair of peculiar earmuffs for his daughter, a sensitive musical-prodigy. When Cecilia Maria’s musical gift is revealed, she quietly begins making a name for herself in a cacophonous world.

The Restoration of Hope

With December upon us it’s time to turn our attention to seasonal treats, and, at Christmas, that drive towards cheering warmth never ceases to jackknife straight into the haunted supernatural. In Philip St John’s new play for Speckintime, Hope Whyte wakes up in an office daubed with sinister symbols; resurrected, it seems, from an untimely death, or perhaps the whole thing is a waking nightmare. Either way, her otherworldly mentor asks her to honour the terms of a blood-curdling contract, which will strike a chord with anyone asked to work over Christmas. Hey, it can be a difficult time for many.