Gerry O’Beirne in Dublin, Seán Keane on Achill and plenty more besides 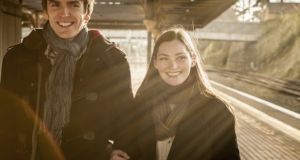 Gerry O’Beirne
DC Music Club, Camden Lane , Dublin
Happily resident in Dingle where he recorded his most recent album, Swimming the Horses, guitarist, songwriter and singer O’Beirne has toured with Patrick Street, Midnight Well, Kevin Burke, Andy Irvine and others. His songs include The Holy Ground and Western Highway, which have been recorded by Mary Black, Muireann Nic Amhlaoibh and others. Tonight his solo performance will give Dublin punters a rare chance to hear his new additions to his songbook in a beautifully intimate setting.

Zöe Conway and John McIntyre
Farmleigh House, Phoenix Park, Dublin
This afternoon concert featuring the mighty fiddle player Conway and her guitarist husband McIntyre kicks off a series of monthly concerts in Farmleigh House that will continue until October. Conway cut her teeth with Riverdance, but her solo and collaborative work over the past decade (with Bill Whelan, Dónal Lunny, Máirtín O’Connor and with the Irish Chamber Orchestra, among others) has underscored her unique talent as a composer and player. The duo trade in pristine music, so the setting of Farmleigh house should serve them, and the audience well.

Belfast Tradfest
Various venues, Belfast city
Now in its third year, Belfast Tradfest is gaining momentum with its sights trained not only on local talent but on humdinger musicians from across the water in Scotland too. Pipers, Jarlath Henderson and Finlay McDonald will feature, along with flute player Harry Bradley, concertina player Edel Fox, fiddle player John Carty, Lúnasa flute and bodhrán player Kevin Crawford and Téada’s fiddle player, Oisín MacDiarmada. Saddle up your horses for an intensive week of tunes, workshops and sessions.

Scoil Acla
Achill Island
This week long celebration of Irish music, dance and art on Achill Island welcomes a rake of guest tutors on everything from flute and fiddle to bagpipes and bodhrán. Galway singer, Seán Keane performs on Monday night, while the festival musician in residence is Des Cafferky. With an emphasis on teaching and learning, this is a cross generational gathering that promises so much, in an ideal island setting.