The week’s best rock and pop gigs: From Kojaque to Massive Attack 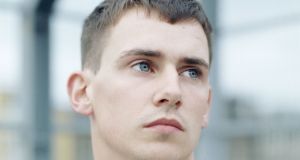 Kojaque
Whelan’s Upstairs Dublin 8pm €15 (sold out) whelanslive.com
A year ago this weekend, Dublin multidisciplinary artist Kevin Smith released his debut album, Deli Daydreams, a compact work that told of a week in the life of a humble working-class drone, influenced (loosely) by The Streets’ era-defining 2004 album, A Grand Don’t Come for Free. Smith celebrates the first birthday of Deli Daydreams with a sold-out show. The following week (Thursday, March 7th) at Vicar Street, Dublin, he will line up with various other acts as part of the RTÉ Choice Music Prize Album of 2018 event. In the meantime hold on to your ticket in whatever form it comes in – they’re gold dust. TCL

Selective Memory presents: Kormac & Friends
The Button Factory, Dublin €20 button factory.ie
Irish producer Kormac is debuting a brand new solo AV show that he has purposefully designed for the dance floor. This late show kicks off at 11.30pm and he will be calling in the likes of Loah, Jack O’Rourke and Claire Young to add vocals to his tracks. He will also be debuting new material, as well as dipping into the score he composed for his Equivalent Exchange show he performed in Vicar Street last March. LB

Lowli
Bello Bar, Portobello, Dublin 8pm €10 bellobardublin.com
Galway’s Róisín Lowry has been tiptoeing around the perimeter of some level of success for a few years. Her 2016 debut release, Fallow, was followed two years later by Feathers, the title track from her new EP. That very same EP is being launched tonight in a gig that will no doubt have a party atmosphere, despite the overall mellowness of the graceful music. Go give it socks. TCL

Helen O’Dea & Papa Lou
The Big Romance, Dublin, free, facebook.com/thebigromancebar
According Helen O’Dea and Papa Lou, the hosts of Dublin Digital Radio’s show Helelouyeah, this event will be a night of two halves. Easing you into your Saturday night, the first half will be dedicated to easy-listening tunes, and by the time the second half rolls around, the pace will pick up but the tunes will still be relatively easy to listen to. So basically, you’ll have a nice time, no matter how long you stick around for. LB

Lisa O’Neill
Liberty Hall Theatre Dublin 8pm €25 ticketmaster.ie
“As beautiful as it gets” was just one of many positive comments in last October’s Irish Times review of Lisa O’Neill’s RTÉ Choice Music Prize nominated album, Heard a Long Gone Song. It has been a long time coming for O’Neill, a sprite of a singer and songwriter from a small village outside Cavan town. She recently signed to the Rough Trade imprint River Lea, and her sublime fourth album appears to have reaped the benefits from the connection. The venue is perfect for O’Neill – large enough to accommodate many of her growing fan base, but small enough to (almost) see the whites of her eyes. TCL

Re:Vision 003 | Mix & Fairbanks
Upstairs @ JRB’s, Newbridge, Co Kildare, €10/€15 judgeroybeans.ie
Kildare duo Mix & Fairbanks (that’s DJs Rob Smyth and Gary O’Reilly) are taking charge of the upstairs venue in Newbridge’s Judge Roy Beans for the night, where they will serving mixes that take care of the electronic and disco side of things. They released their first original track, Girls, last year and their first two EPs, Bavarian Nights and Can I Borrow an Edit? soon followed. Doors are at 10pm. LB

Palace
The Workman’s Club Dublin 8pm €15 (sold out) theworkmansclub.com
No hype, no association with trends – that’s what London-based trio Palace (Leo Wyndham, Matt Hodges, Rupert Turner) are pitching in their own subtle way. The three, friends since they were teenagers, released their debut EP, Lost in the Night, five years ago, and their debut album, So Long Forever, in 2016. Newer tracks such as Heaven Up There and No Other (think epic shoegaze mixed with smart indie) have upped not only the fan base but also the commercial profile of the band, hence the sold-out sign for this show. TCL

Massive Attack
3Arena Dublin 8pm €49.50 ticketmaster.ie
Following their impressive headline appearance at Electric Picnic last September, Massive Attack return with enough sonic guns blazing to make sense of their name. This time, however – with a roof and four walls instead of a night sky – the Bristol duo of Daddy G and Robert Del Naja present a completely fresh audio-visual experience focused on their 1998 classic Mezzanine, which will be reimagined via audio refurbishments of the music’s inspirations. Naja has described the show as a unique work outlining “our own personalised nostalgia nightmare head trip”. TCL

Fredo
Olympia Theatre, Dublin €23.90 ticketmaster.ie
Originally scheduled to play in The Academy, Fredo’s Dublin gig has been upgraded to the Olympia. The London MC released his debut album, Third Avenue, at the start of of February, and even though most people wouldn’t be too familiar with his name, he’s been experiencing a huge surge in popularity since he made his debut in 2017 with his EP Get Rich or Get Recalled. This is gritty hip-hop from a new star in the making. LB

Gusgus
Button Factory Dublin 7.30pm €21 buttonfactory.ie
GusGus, a very fine group from Reykjavik, have been on the go since 1995. Their blend of electronic music – which effortlessly incorporates techno and downtempo – has shape-shifted through the years and formulated a solid base. Over the years, members have come and gone (including, in an earlier incarnation, Emilíana Torrini), leaving co-founders Daníel Ágúst Haraldsson and Birgir Þórarinsson steering the sound towards euphoric, progressive dance music. The band make a rare appearance in Ireland, so make them welcome. TCL

Kate Bush Music – Cathy and the Cliffs
Arthur’s Pub, Dublin €10/€12 eventbrite.ie
When the original Kate Bush takes 35 years between going on tour, you may as well take a tribute to the icon and Clodagh Long, the Irish performer from London’s West End, is bringing her tribute Cathy and the Cliffs to Dublin. Joined by the award-winning musical director Jordan Clarke on piano and some special guests, Long will retell Bush’s career, from Wuthering Heights to her 2005 album, Aerial. LB

Steely Dan & Steve Winwood
3Arena Dublin 8pm €89.50 ticketmaster.ie
Steely Dan are a legendary (if somewhat depleted) 1970s-1980s American group that has set a very high standard for the fusion of jazz, insidious pop melodies and wry, biting lyrics. Steve Winwood, a highly regarded British singer and songwriter who has been a member of three highly rated 1960s bands (The Spencer Davis Group, Traffic, and Blind Faith, one of rock music’s first supergroups), is also rightly viewed as one of the best white soul singers of the past 50 years. Separately, Steely Dan and Winwood are attractions in their own right. Together? Expect two great shows. TCL

Twenty One Pilots
3Arena, Dublin €51.92 ticketmaster.ie
Twenty One Pilots’s year has already been jam-packed. The Bandito Tour sees the alt-pop duo take their fifth album, Trench, out on the road. After their Dublin date, they’ll visit some more European cities before going to South America and North America, until they eventually return to this side of the world for a slew of festival dates. LB

State Lights
The Workman’s Club Dublin 8pm €10 theworkmansclub.com
State Lights formed at BIMM Dublin a few years ago, and between then and now they have tiptoed slowly but surely on to radio playlists, and subsequently into the ear canals of the public at large. The four-piece – singer Shobsy, guitarist Joe Regan, drummer Paul Ridgeway, bassist Noel Perry – have shown real grit, creative talent and lyrical insight in songs that include Peace Will Come, Freedom and latest single Lonely. Special guests are another emerging Irish act well worth your time, Brass Phantoms. TCL