Ryan Adams: Singer is no stranger to controversy or to Ireland

The American singer-songwriter has been accused of abusive behaviour. So who is he? 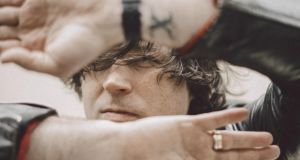 Ryan Adams, the American singer-songwriter who has been accused of abusive behaviour with an underage girl, is no stranger to controversy.

Lizzy Goodman’s book Meet Me in the Bathroom, an oral history the New York rock scene in the first decade of the new millennium, claims he was a bad influence on Albert Hammond jnr of The Strokes, introducing him to heroin. Adams denied the allegations and, in disparaging tweets about the group, called Hammond “a more horrible songwriter than his dad”.

Adams, who strongly denies this week’s allegations, has also called his fellow singer-songwriter Father John Misty “the most self-important asshole on earth” and compared the indie group Alt-J to “a mosquito bite”.

The singer-songwriter has a devoted fan base in Ireland, and he has played in Dublin, Cork and Kilkenny numerous times. He is also no stranger to Irish culture: on one trip, in 2015, he visited the set of Fair City, the RTÉ soap, with fellow singer-songwriter Natalie Prass.

Adams, who is due to play two sold-out dates at the Olympia Theatre in Dublin next month, first rose to prominence as the frontman of Whiskeytown, a rock and alt-country group formed in his native North Carolina in 1994. After releasing four albums, the group disbanded and Adams left to pursue a solo career.

In 2000 his debut album, Heartbreaker, earned huge praise; Elton John later said he had been “completely and utterly floored by the simplicity and beauty of the songs”.

The following year he released Gold, which included now-beloved songs like New York, New York and When the Stars Go Blue (which was covered by Bono and The Corrs). Gold was nominated for three Grammys, including the best-rock-album award, and it remains his bestselling album.

He has now released 16 studio albums, including a full-album cover of Taylor Swift’s 1989, with three more due out this year. The first of that trio, Big Colors, is slated to be released in April. Adams has also produced albums for Willie Nelson, Jenny Lewis and others.

But for now his musical career is being overshadowed by the allegations about his behaviour. In October he apologised for a Twitter rant in which he described his ex-wife, Mandy Moore, as “the spiritual equivalent of a soggy piece of cardboard” and claimed he couldn’t remember their wedding. The couple married in 2009 and filed for divorce six years later. “I didn’t choose the right person,” Moore said last year.

In yesterday’s full New York Times piece accusing Adams of abusive behaviour, Moore said that her music career had stalled during her relationship with him and that she now wanted to make music again. “I’m not going to let Ryan stop me,” she told the newspaper.