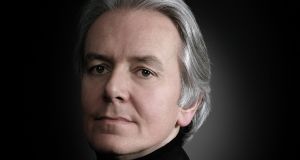 Kilkenny Arts Festival’s main composer focus this year is on Schubert, with a smaller focus on Handel (see below). “Dreaming the Sublime” offers an immersion in the late works of Schubert that’s spread over 10 days. There are string quartets and the string quintet from Quatuor Mosaïques, piano sonatas from Christian Blackshaw, songs from Ailish Tynan, Benjamin Appl and Roderick Williams, trios and the Trout Quintet with the Fidelio Trio, and larger-scale works from the Irish Chamber Orchestra under Jörg Widmann. The music is supplemented through a strand of talks given by Gerry Murphy, Lorraine Byrne-Bodley, Alfred Brendel  and Ian Fox. And if your taste is for something more up-to-the-minute, there are events featuring works by Linda Buckley, Jennifer Walshe, Donnacha Dennehy and Nico Muhly.

Handel’s take on Julius Caesar is doing well in 21st-century Ireland. Opera Ireland staged the work in 2001, Dublin City Council’s Opera in the Open in 2009 and Leeds’s Opera North brought it to the Bord Gáis Energy Theatre in 2012. It’s back again for the opening night of Kilkenny Arts Festival in a concert performance featuring the Early Opera Company under Christian Curnyn with Iestyn Davies as Caesar (Davies can also be heard in recital with lutenist Thomas Dunfort on Sunday night), Anna Devin as Cleopatra, Rupert Enticknap as Tolomeo, Rachel Kelly as Sesto, Hilary Summers as Cornelia, Callum Thorpe as Achilla and James Hall as Nireno.

Peter Whelan’s Ensemble Marsyas is delving into the history of the Irish State Musick, the group of musicians servicing Dublin Castle during the 18th century. The Rediscovering Irish State Musick programme will include excerpts from works by Purcell, Thomas Roseingrave, Cousser, Corelli, Dubourg, Vivaldi, Boyce and Handel, and there’s a free, pre-concert talk at 6.30pm. The concert is repeated at Kilkenny Arts Festival on Sunday (again with pre-concert talk) as one of three programmes on Mr Handel’s Adventures in Ireland. These include a harpsichord recital by Philippe Grisvard on Monday and a performance of the original, Dublin version of Messiah on Tuesday.