England was theirs: the high point of The Smiths

‘Strangeways’ remains a key text in understanding The Smiths’ greatness, and is why so many disciples still follow Morrissey through trying times 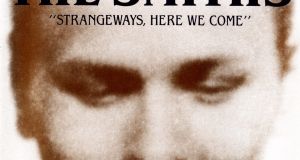 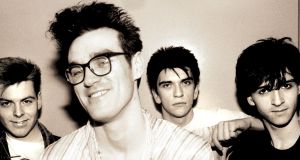 Clues to The Smith’s demise can be found on Strangeways

Steven Patrick Morrissey isn’t always easy to love. New biopic England Is Mine has hit cinemas at a time when the singer is testing the limits of his fans’ loyalty. Asserting his admiration for Nigel Farage; claiming politicians are too scared to blame Islam for terrorist attacks; and engaging in barbed, “bloody foreigners comin’ over ‘ere” rhetoric: the last decade has seen a series of statements that has seemed less the songbook of a pop immortal and more the dregs of right-wing internet comment sections.

Famous people come out with questionable statements all the time without necessarily recontextualising their body of work. For many, though, Morrissey was chief spokesman for their soul.

A gentle genius with a sardonic, colloquial style, he articulated awkwardness and angst in a way that soothed. Now the singer’s worldview is hardening as he voyages deeper into middle age.

England Is Mine depicts a young Moz, charting his story up until the formation of The Smiths. For five years in the mid-1980s, the Manchester group were the best pop band in Britain, if not the world. And in 1987 the four-piece teamed up with producer Stephen Street to create what would be one final taintless document of their greatness: Strangeways, Here We Come.

The Queen Is Dead (1986) is remembered as The Smiths’ masterwork. But for me, Strangeways is the apex of Johnny Marr and Morrissey’s collective sparkle. The talented composer/guitarist united with the beguiling lyricist/singer in their most powerful show of alliance. The pair often appeared to be divergent talents fighting for control of the wheel. But that discord offered a perfect counterbalance of each other’s strengths. Nowhere does this feel more crystalised than on Strangeways.

The album is stylistically broad while being rooted in the melodic pop sensibilities that defined their catalogue. The eccentric piano chords and Morrissey’s haunting howls on A Rush and a Push and the Land is Ours act as a warning. This is the sound of The Smiths tumbling into a brave new world.

On Stop Me If You Think You’ve Heard This One Before, Marr, Rourke and drummer Mike Joyce forge a glittering discotheque that fills the soundscape. Up top, Morrissey decries repetitive songwriting before musing on an ass-kicking he has taken. If there’s a common thread throughout his career, it’s that no one makes horrible injuries sound as enjoyable as Moz does.

One of The Smiths’ finest songs, Death of a Disco Dancer, creeps into life as Morrissey mourns a recent fatality and shakes his head at the impossibility of a world of love, peace and harmony (“Maybe in the next world,” he sighs). After the calm, the final two minutes sound like the chaotic violence the singer decries.

The avante garde piano tinkling is thought to be the only instance of the singer playing an instrument on a Smiths’ record. Underpinning the whole thing is an eerie synthetic rumbling.

The identity of the eponymous disco dancer is never verified. Perhaps they’re a composite of the many groovy young things who fell during the disco years. In his book, The Art of The Smiths, Simon Goddard suggests that Morrissey may have drawn influence from the homophobic hate crimes of the day, while accidentally predicting the spate of drug-related deaths as rave culture exploded in his city.

Even a seemingly minor pop number like Unhappy Birthday is bliss. Again, the distance between Marr and Morrissey’s approach is laid out in bright Technicolor: the guitarist’s upbeat chords match the singer’s bitter birthday greeting (“And if you should die/ I may feel slightly sad but I won’t cry”).

The centerpiece, though, is Last Night I Dreamt That Somebody Loved Me. Morrissey’s favourite ever Smiths song is a doomed requiem of the mental anguish that comes with emotional solitude. Over the swirling, operatic orchestration, Moz recants a dream-turned-nightmare he had the previous night. “Last night I felt real arms around me,” he croons before being snapped out of his slumber and back to concrete-cold reality.

We’re at our most vulnerable when in our beds, both physically and psychology. Asleep, our subconscious wanders a cerebral landscape off the leash. Morrissey’s impassioned delivery offers a stark reminded of that vulnerability. But Last Night I Dreamt is also a reminder of pop’s limitless power. No art form can capture humanity in so few words or such narrow margins.

The arrangement – a doomed two-minute piano prologue followed by a swirling, 1960s pop-style guitar riff wrapped in sweeping axe and programmed strings – has the scope of a Schubert symphony or a Sophocles tragedy. Except you could slide it on to a C90 cassette tape, next to other heartbreaking jams.

Last Night I Dreamt is the apex of the Morrissey-Marr union. Perhaps like Icarus, the pair flew too close to the sun. The Smiths soon collapsed into dust. Clues to the band’s demise can be found on Strangeways, with themes of separation on Stop Me If You Think You’ve Heard This One Before and sweet acoustic ballad I Won’t Share You.

The break-up has been pinned on a number of reasons: bad businessmen surrounding them; Morrissey’s frustration that Marr was working with other artists; or maybe it was the growing distance between the duo musically.

One of the final songs The Smiths recorded together was a cover of Cilla Black’s Work is A Four-Letter Word, which appeared as a B-side to peppy single Girlfriend in a Coma. “That was the last straw, really,” Marr told Record Collector in 1992. “I didn’t form a group to perform Cilla Black songs.”

Before Strangeways had hit record store shelves, the band had dissolved. There are no iconic Top of the Pops performances of the singles. The album’s potential legacy was repressed.

We still have the songs though, which many will dust off with the release of England Is Mine. Strangeways remains a key text in understanding The Smiths’ greatness, and why so many disciples still follow Morrissey through trying times. It’s a work that offered its creators one final term of creative catharsis before they ruptured forever.