‘The sadness of it all is overwhelming,’ says Bad Wolves vocalist on the 46-year-old’s death 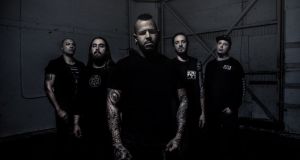 Zombie will feature on Bad Wolves’s debut album Disobey, which is due out in April. 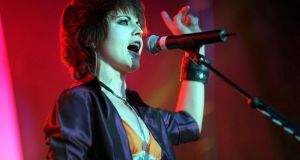 On the night of Sunday, January 14th Tommy Vext went to bed “like a kid on Christmas Eve” knowing The Cranberries lead singer Dolores O’Riordan was about to record his band’s version of one of her best-known songs.

Last year, Vext’s band Bad Wolves recovered their version of Zombie and O’Riordan liked it so much that she offered to sing on the record.

On Monday morning, January 15th, she was due to be picked up from the Hilton Hotel in Park Lane, London, by Dan Waite, Bad Wolves’s record label representative in Europe. He was to take her to the studio to do the re-recording.

Waite forwarded two voice messages to Vext from O’Riordan. She spoke of how excited she was about the Bad Wolves version of Zombie and Eminem’s sample of it on his new release In Your Head.

All seemed well. Instead, the singer was found dead in her hotel room at 9.05am. She was just 46.

Vext could not believe the news. “I thought, ‘Is this a joke? If it is, it’s not funny’. It turned out to be true. I think everybody is still processing it,” he said.

“The emotional rollercoaster running up to it and now the sadness of it all is overwhelming.”

Vext (35) says The Cranberries were part of the soundtrack of his teenage years growing up in Brooklyn, New York.

His instincts veered early towards heavy metal, but he retained an interest in Dolores O’Riordan and her music.

“When you listen to Dolores’s recordings, there is a wall of emotional vulnerability, intensity and honesty. That transcends all genres,” he said.

“For me that is inspiring. That is something that every vocalist and artist should strive for, something honest and raw and real. She masterfully did that. People still love that song. It shows how masterful her craft was. It stood the test of time.”

It all came back to him last year when he heard the song in a coffee shop in Venice, California where he now lives.

Bad Wolves are something of a heavy metal super group comprising five members who had been in previous bands. He had been in Divine Heresy and lately as stand in vocalist for Five Finger Death Punch who have had a lot of success on both sides of the Atlantic.

He suggested recording the song and the other band members agreed. Coincidentally, Allen Kovac, the owner of their record label Eleven Seven Music, was The Cranberries manager for many years.

He liked the song and so when Vext was in London before Christmas, he put him in touch with Waite, a long time friend of O’Riordan.

Vext asked Waite if he could play the record to her. “It’s a big risk when you are an artist and you are covering other people’s work,” Vext recalled. “It’s kind of nervewracking.”

Vext flew back to New York for Christmas. On Christmas Eve he got a text from Waite saying that O’Riordan loved their version of the song.

Furthermore, she loved it so much that she offered to sing on it. “It made my year. It was so incredible. It was like a dream come true,” he said.

“We gave her free reign to do what she thought was necessary. Sadly and tragically we never got to hear what her plans were for the song.”

The band and the record label debated what to do with their version of Zombie after she died.

“The discussion came, ‘should be shelve the song?’ We ultimately came to the point that the band and the label should donate the proceeds of the record to her children,” recalled Vext.

“The bottom line of all of it is that there are three children who lost their mother. Our fans from previous bands and her fans have really been supporting it.”

The original song was in response to the IRA Warrington bombings of 1993 that killed two children.

“I was doing a little more research before we committed to doing the song,” he said. “To me, what Dolores was illustrating in her lyrics when she was talking about the IRA and the struggle Ireland had with the UK, she was also talking about the collateral damage of violence.

“Humanity is still struggling with this. The nations change and the regions change. She is saying that 100 years later, it still persists. To me it made sense. There is a political and economic conscience in that song that is undeniable and it’s timeless. It transcends genres and generations.

“It talks about the consistent problem of humanity dealing with itself. Songs are rarely able to encapsulate that kind of a message and be widely accepted as a popular song.”

The song will feature on Bad Wolves’s debut album Disobey, which is due out in April.

You can hear it here

Seamus Heaney, our dad the poet, by Catherine, Chris and Mick Heaney
6