New artist of the week: Clairo

Plus: Songs you have to hear from Mountain Man and Young Marco 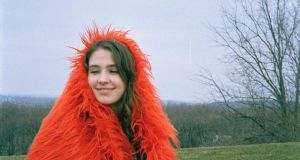 What: Charming bedroom pop musician coming to Ireland this month

Why: The path where amateur musicians record covers on YouTube and build a fanbase before recording original music and kickstarting a career is well-established in pop music. Locally, Eden, Picture This and Orla Gartland have done it. Internationally, Alessia Cara, Shawn Mendes, Charlie Puth (if you don’t know any of those names, yes, you are officially out of touch with the kids) and even a young Justin Bieber have done it.

New Artist of the Week

Most of those artists are very much in the world of pop, but 19-year-old singer-songwriter Claire Cottrill is a bit more of a curio. The Bostonian made her name with off-kilter lo-fi pop music not normally associated with igniting a fanbase. Her debut song Pretty Girl is pure webcam bedroom music, with Clairo lip-syncing to her own Casio drum machine-preset song. Covers of Kasey Musgraves and Amy Winehouse not withstanding, it’s her original dreamy, melodic music that has captured the views on YouTube.

Rumours have swirled that her father, a former marketing manager with Converse and Coca-Cola, has helped get her media recognition, but there’s no doubt that her music is connecting to real fans, attracted to the authentic vibe.

Clairo is a student in Syracuse University, where’s she’s been juggling college work while touring with Dua Lipa and Tyler, The Creator. Her debut EP Diary 001 features a collaboration with Irish rapper Rejjie Snow. Recent collabs with SG Lewis and Danny L Harle are ditching the bedroom aesthetic and aiming at bigger things. It seems to be working. Clairo comes to Dublin on September 16th for a gig in The Academy, an event that was upgraded to the venue’s main room due to demand.

Mountain Man – Rang Tang Ring Toon
Fans of the electro-pop duo Sylvan Esso (and they are bountiful in Ireland) will be interested to know that singer Amelia Meath recently reunited with her band of sisters Mountain Man for a new album of folky a capella songs called Magic Ship, their first in eight years. Rang Tang Ring Toon sounds like the call of the autumn after a busy summer season.

Madlaks – Jikovonunu (Young Marco Rework)
The Amsterdam DJ and producer Young Marco has a reputation for eclectic DJ sets that could draw from any corner of the globe and divert into Italian house, obscure Belgian covers of calypso music or just playing Wham’s Last Christmas in July. That sense of adventure is reflected in this just-released dancefloor rework of an exuberant South African piano-house tune. Weird and wonderful.