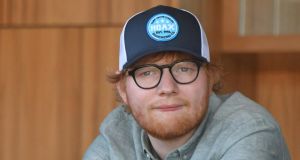 Ed Sheeran’s concert promoter has dismissed as “laughable” a lawsuit filed against it for alleged fraud by Viagogo. The controversial ticket-resale company, which has caused anger by allowing touts to charge huge markups to see acts such as Adele, and selling tickets to buyers only for them to be denied entry at the venue, said it had issued legal proceedings against Kilimanjaro Live over the company’s decision to cancel thousands of tickets for Sheeran’s concerts bought through the Viagogo website.

It accused Kilimanjaro’s chief executive, Stuart Galbraith, of “confiscating thousands of genuine tickets at the gate, forcing fans to buy new tickets, and pocketing millions of pounds in duplicate sales”. It also said Galbraith had previously used Viagogo to sell “thousands of tickets to a range of his artists’ events, presumably without their knowledge”.

It added: “Following a dispute over his request for preferred terms he threatened that he would use his artists, such as Ed Sheeran and the Red Hot Chili Peppers, to put pressure on Viagogo even if it meant causing huge inconvenience to his artist’s fans.” Viagogo said it would provide “incontrovertible photographic and filmed evidence” to a court in Germany, where it filed its claim.

Kilimanjaro Live called the claims “ludicrous, laughable and, most importantly, totally false”. It called Viagogo’s legal action a “transparent attempt to deflect attention” from the appearance by one of its executives before British MPs on Wednesday, when he will be asked about its controversial practices, as well as from “the wide-ranging criticisms, multiple legal prosecutions in many territories (including by the Competitions and Markets Authority in the UK) and condemnation of their business practices. Kilimanjaro will defend against this action vigorously and look forward to doing so in court.”

Viagogo, which is based in Switzerland, declined to say why it did not file legal proceedings in the UK, where the Sheeran concerts took place and where Galbraith is based. When contacted by the Guardian, Galbraith, one of the British music industry’s most vocal critics of ticket touts and resale websites, said he was not aware of legal proceedings.

Viagogo revealed its lawsuit on the eve of the hearing with Westminster’s digital, culture, media and sport select committee. Cristopher Miller, Viagogo’s head of business development, is expected to face questions about alleged breaches of consumer law that led to the Competitions and Markets Authority to take legal action against the company.

In Ireland, the Competition and Consumer Protection Commission began an inquiry last year into “suspected breaches of competition law in relation to the provision of tickets and the operation of ticketing services for live events” last year. The move was prompted by concerns over the speed at which tickets for high-profile events were selling out and how such tickets were subsequently reappearing for resale at vastly inflated prices on secondary sites such as Viagogo and Seatwave, which its owner, Ticketmaster, is closing next month.

Viagogo, which is controlled by the multimillionaire Eric Baker, has been criticised by artists such as Sheeran, fans and British government ministers, one of whom called for a boycott earlier this year. Some fans have reported being left out of pocket because the company withheld refunds to which they were entitled, and the company has also been condemned for seeking to profit from multiple events in aid of charity. Fifa lodged a criminal complaint against Viagogo over unauthorised ticket sales for the World Cup in Russia earlier this year.

Viagogo is no longer under investigation by Britain’s trading-standards authority after agreeing to a demand by the UK Advertising Standards Authority to stop publishing “misleading” pricing information. – Guardian