Star, famous for songs such as Tutti Frutti, was an originator of the genre 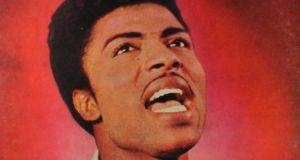 Little Richard, one of the pioneers of the first wave of rock’n’roll, has died. He was 87.

Richard – whose real name was Richard Penniman – had been in poor health for several years, suffering hip problems, a stroke and a heart attack.

In a post on Instagram, band member Kelvin Holly said: “Rest in peace, Richard. This one really stings. My thoughts and prayers go out to all my bandmates and fans all over the world. Richard truly was the king!”

The sheriff’s department for Macon, Georgia, where Richard was born and lived, did not immediately respond to a request for comment.

Sir Mick Jagger has led tributes to the late singer.

The Rolling Stones singer Sir Mick said he had “contributed so much to popular music”, adding that he would “watch his moves” to learn from them while they toured together.

Little Richard was “the biggest inspiration of my early teens” and his music still has “the same raw electric energy when you play it now as when it first shot through the music scene in the mid-50s”, he added.

Sir Elton hailed Little Richard as “without doubt... my biggest influence”, adding: “Seeing him live in my teens was the most exciting event in my life at that point.”

Beatles drummer Sir Ringo Starr described Little Richard as one of his “all-time musical heroes”, while Chic star Nile Rodgers said his death represented “the loss of a true giant”.

Rest in peace Richard. This one really stings. My thoughts and prayers go out to all of my bandmates and fans all over the world. Richard truly was the king! ❤️🧨🙏 #kingofrockandroll #littlerichard #legend #myfriend

I was once asked, “If u could meet one person, who would it be?” I always said Little Richard. Because, to me, he was rock & roll’s most joyous, rebellious innovator.
Thank u for planting that seed, Richard. The world is a much happier place thanks to ur music.#RIPLittleRichard pic.twitter.com/kiq2VOZs8O

The loss of a true giant. My sincerest condolences go out to his family and friends. https://t.co/nzTDmQtLm7

I’m very sorry to hear about Little Richard. He was there at the beginning and showed us all how to rock and roll. He was a such a great talent and will be missed. Little Richard’s music will last forever.
Love & Mercy, Brian pic.twitter.com/kcak6Rf4Re

If one image could claim to sum up the spirit of rock'n'roll, it's this one. So long, Little Richard #Awopbopaloobopawopbamboom! pic.twitter.com/kudI4WWpqP

The singer claimed to be the “architect of Rock ‘n’ Roll” while receiving a standing ovation at the 1988 Grammy Awards. “I am the originator!” he added.

He was a major influence on The Beatles, who first met him when they were an up-and-coming young band playing in Germany.

Speaking in 2002, Little Richard said: “Paul (McCartney) would watch me every night when I was up on stage. Paul idolised me and admired my energy.

“The way you see Mick Jagger and Tina Turner walk all over the stage is what I used to do. That’s where they all got it from.”

In an interview with Michael Parkinson, David Bowie said Little Richard had been his “idol” when he was growing up.

Little Richard performed in three tours of the UK between 1962 and 1964, with The Beatles and the Rolling Stones serving as support acts.

Richard’s bass guitarist, Charles Glenn, told celebrity website TMZ the musician had been sick for two months and that he died at his Tennessee home, surrounded by his brother, sister and son. Glenn told TMZ he spoke with Richard on March 27th and the singer asked him to visit, but he could not because of the pandemic. He said Richard was like a father to him, and would sometimes tell him, “Not to take anything away from your dad, but you’re my son.”

Richard’s performing career began when he was in mid-teens, in the late 40s, but his early recordings with the RCA Victor label garnered little success.

The breakthrough came when he signed to Specialty Records in 1955, releasing a run of singles that were among the wildest and most flamboyant of the rock’n’roll era – Tutti Frutti, Long Tall Sally, Rip It Up, The Girl Can’t Help It, Lucille, Keep A-Knockin’ and Good Golly, Miss Molly, among others – and that made him a star on both sides of the Atlantic.

He was known for his outrageous performance style – eyes lined with mascara, brightly coloured clothes –- which was echoed later by Prince. He had been a drag performer before the rock’n’roll boom and by his own admission was involved in voyeurism, allowing men to have sex in the back seat of his car while he watched. He was arrested at least twice for lewd conduct.

In October 1957, during a tour of Australia, Richard saw a fireball crossing the sky – actually the Sputnik 1 satellite – and took it as a sign from God that he needed to change his ways, and in 1958 he became a preacher, only to return to secular music in 1962. The conflict between God and the devil’s music was a theme for much of the rest of his life.

The Specialty singles exerted a profound influence on a later generation of musicians - Paul McCartney was a huge fan, and the Beatles performed Richard’s songs in concert.

“I could do Little Richard’s voice, which is a wild, hoarse, screaming thing. It’s like an out-of-body experience,” McCartney said. “You have to leave your current sensibilities and go about a foot above your head to sing it. You have to actually go outside yourself.”

In 2014, AC/DC’s then singer Brian Johnson told the Guardian about the experience of seeing Little Richard on television for the first time: “It was a Saturday, it was one o’clock and it was sunny day. And this woman was going, ‘And now, from America, we have Little Richard.’ And it was this fucking black guy with this fucking ridiculous hairdo and teeth. He was fucking prettier than a woman. And it was Tutti Frutti …”

At this point, Johnson mimed slack-jawed amazement. “What the fuck? There was nothing, and then there was this.”

The band’s guitarist, Angus Young, said of Richard: “The way he plays and the way he sings, it’s art and science, everything together.” – Guardian/agencies