From Shawn Mendes to Keaton Henson: The best pop and rock gigs this week 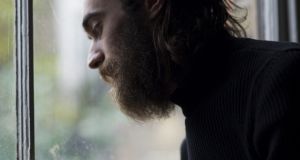 Co-presented by Nialler9 (aka Niall Byrne) and Seven Quarters, this 14-plus afternoon event features a range of music acts young teenagers might not otherwise get to see: Tebi Rex, God Knows (of Rusangano Family), Squarehead, and Pillow Queens. If you’re lucky, young people of Ireland, you might receive a limited edition 12’ vinyl record. Vinyl, I hear you ask? Have a word with your parents. As part of MusicTown. TCL

It is a very welcome return for Conor Adams and Lar Kaye, the twin-headed focal points of All Tvvins. With a second album (Just to Exist, produced by James Vincent McMorrow) just released, you can expect this gig to be both a celebratory launch and further proof of how dynamic and exciting this band are in a live setting. Special guest is Sorcha Richardson, who will provide, so to speak, the calm before the storm. Oh, and lest we forget – for the first time in many a year this venue will have an official standing area for front-of-stage bouncing. Enjoy. TCL

This is I Draw Slow’s first gig in Ireland this year, having spent the last few months gigging in the UK and the US. The Dublin-based five-piece, fronted by siblings Dave and Louise Holden, have been going strong since 2008, creating roots music that fuses Americana and traditional Irish influences together. They’ve toured the world, perfecting their sound as they go. Listen to their fourth album Turn Your Face to the Sun for their latest tunes. LB

When Canadian artist Shawn Mendes duetted with Miley Cyrus at the 2019 Grammys, performing his top 10 single In My Blood, he introduced himself to a new audience. Sculpting his rock and folk tendencies with a pop edge, he’s an example to all young musicians of how to avoid the beige area that so much of rock-pop music resides in these days. Support on the night comes from fellow Canadian and R&B singer Alessia Cara. LB

They’ve gone from heavier to lighter in the space of a few years, but still Cork-based Shaker Hymn come up with the goods. The group’s new five-track EP, The Shape of the Sea, sees the core duo of Caoilian Sherlock and Robbie Barron focus on music influenced by folk/roots songwriters such as John Prine and more contemporary contributors such as Steve Gunn, Lost Brothers and Joan Shelley. These acoustic dates will, no doubt, get to the nub of the matter in the way only these musicians can. They play further dates in May, including at the Record Room, Limerick (May 3rd), and Trabolgan-based festival It Takes a Village (May 10th-12th). TCL

With a classical piano background and a voice that could melt frozen chocolate in seconds, Co Cork singer and songwriter Jack O’Rourke slipped into view three years ago with his debut album, Dreamcatcher. With a recent EP, Ivory Towers, added to the catalogue, O’Rourke can knit varying styles together to present a better sense of his songwriting skills. Whether unaccompanied or in band mode (and tonight’s gig will be a bit of both – his solo piano work is gorgeous), O’Rourke delivers one treat after another. TCL

You know something really interesting is taking place in an artist’s life when they drift from re-evaluating their work to landing in a place that can teach them something different about themselves. After UK singer-songwriter Lucy Rose finished recording her new album, No Words Left, she realised the songs expressed more about her mental health than she had originally wanted to admit. Cue trips to a therapist, and, subsequently, a firmer framework that better safeguards her life. A thoroughly assured songwriter requires your presence. Special guest is US singer-songwriter Samantha Crain. TCL

It had to happen at some point – the debut headline show by Dublin spoken wordsmith Natalya O’Flaherty, who has been steadily rising through the ranks of emerging artists for more than a year. Tonight is a cause for celebration, then, but – as the show subtitle has it – it’s more than words. Joining O’Flaherty are a range of fellow poets and hip-hop performers, including rap duo Tebi Rex, producer/performer Marcus Woods, and DJs Local Boy and Sick Nanley. As part of MusicTown. TCL

A little-known fact about UK composer and songwriter Keaton Henson is that his actor father once appeared in an episode of Fawlty Towers. You might have thought that such an extroverted streak would have drifted down from father to son, but Henson’s levels of anxiety have prevented him from performing live for some time. As part of NCH’s Perspective series, the performance by Crash Ensemble of his orchestral work Six Lethargies (which explores issues of mental illness, distress and compassion) is one of those unique events about which you’ll be kicking yourself if you miss it. TCL

One of several highlights during last year’s Other Voices festival was seeing these two Irish acts perform on small stages without any sense of how good they were. Even in the space of the past few months the respective profiles of Junior Brother and PowPig have rocketed, such is their talent. The former channels a vernacular songwriting strain, while the latter issue forth with very cool punk/pop. Go see/hear/love. TCL

Last year, Dundalk-based singer-songwriter and artist Sophie Coyle released her debut album, Blame Me for the Storm. The songwriter, The Irish Times observed, “has a sharp knack for storytelling, bringing us on journeys across the world or into other realms”, which is apt enough considering this show will preview a new batch of songs that Coyle says documents an outing through South America. Expect keen lyrical observations and a more textured sound from a full band delivery. Special guest is Dundalk songwriter and guitar player Sean Conway, whose influences include Nick Drake, Bert Jansch, and Fionn Regan. TCL

When the Good Friday booze ban was lifted last year, Dublin DIY punk band Chewing on Tinfoil took advantage of the situation and decided to turn it into a celebration. That was such a success that they’re back for round two, and they promise “an unnecessarily long set of old songs (known in industry terms as ‘fan favourites’), and a rake-load of new songs from this new album”. Support comes from Derry band Cherym. LB

With the loss of the Tivoli (it’s being demolished as we speak), promoters Hidden Agenda had to seek out a new haunt for their events, and in Index, they’ve found the space they need. Formerly known as the Voodoo Lounge, the Arran Quay venue will host more techno and house gigs than its previous rock’n’roll incarnation ever did. Join them in this new era as the Colombian-American house legend Erick Morillo takes charge of the decks. LB

If you fancy attending one of the few amphibious parties happening this Good Friday, join the DJs from Dip, Gash Collective and Shivers for an all-night party that takes you out to sea and back again. The first part of the evening will take place on the cruise ship the Corrib Princess and the second half will sprawl across the three floors of Electric, where you’ll undoubtedly shake off your sea legs. LB

The war against women
9