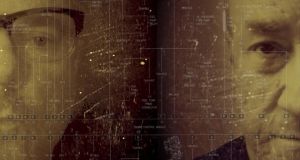 A House: their album I Am the Greatest is to receive the second NCH/Imro Trailblazer Award

It’s another hell-freezes-over moment for Irish rock. After last year’s surprise regrouping of Microdisney, another of Ireland’s most acclaimed but deceased bands, A House, are picking up the pieces.

Similar to Microdisney’s performance of their album The Clock Comes Down the Stairs at the National Concert Hall last summer, two of the original principal members of A House, Dave Couse and Fergal Bunbury, will preside over a “reinterpretation” of their celebrated 1991 album, I Am the Greatest.

And, also like the Microdisney album, which was given the first, I Am the Greatest is to receive the second of the NCH/Imro Trailblazer Awards, which celebrate groundbreaking albums by Irish musicians, songwriters and composers.

The show, which is at the NCH on Saturday, June 29th, and has the protracted title A House Is Dead: I Am Still the Greatest, will consist of “the album as it is and should be”, Couse says. “Some changes have been made for the better, and there will be a few surprises also. It will be loud, it will fast, it will be brash, and it will be raw.”

Formed in Dublin in 1985, A House cut their teeth at Dublin venues such as the Underground. After their addictively scratchy pop-rock singles Kick Me Again Jesus and Snowball Down, they signed to Blanco Y Negro, the Warner Music offshoot, and in 1988 released their debut album, On Our Big Fat Merry-Go-Round. Their 1990 follow-up, I Want Too Much, suffered from nothing other than major-label expectations, and as the band were dropped so they were picked up by the London-based label Setanta, which focused on Irish acts.

Released in 1991, I Am the Greatest was not so much a victorious comeback as a typically obdurate and idiosyncratic re-evaluation of their work. Even after almost three decades it really is as good as everyone remembers it.

The band released two more studio albums: Wide Eyed and Ignorant, in 1994, and No More Apologies, in 1996. They split up early the next year, bidding farewell at a sold-out show at the Olympia Theatre in Dublin.

Couse, the definition of singular, went on to a fitful solo career, with a few fine albums, and then a stop-start sideline presenting late-night shows on Today FM that was culled several years ago.

Have the years affected his usually deadpan, possibly caustic outlook? Listening back to the songs has, he says, given him far more than he expected. “The lyrics have reawakened certain things within me. Some of them have proven quite prophetic, which at times can be somewhat difficult to deal with. Singing them almost 30 years later adds a certain sense of unease and trepidation.”

Bunbury says: “I haven’t played any of these songs in a long time, but they’re a part of me... It has been exciting to wrestle with them and wring every ounce of defiance and truth out of them again.”

Tickets for A House Is Dead: I Am Still the Greatest go on sale at 10am on Friday, April 5th at nch.ie