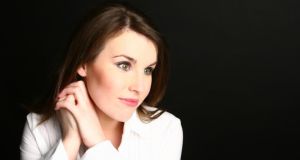 The John Lynch Chamber Music Project, is a series commemorating viola-player and RTÉ National Symphony Orchestra member John Lynch, who lost his life in 2014 trying to rescue his partner from the sea in Crete.

Mendelssohn’s longest symphony is his second, subtitled Lobgesang, Song of Praise, usually translated in English as Hymn of Praise.

The work, which the composer came to call a “symphony-cantata” was written for the Leipzig celebrations of the 400th anniversary of Gutenberg’s invention of printing using a metal movable-type printing press.

The work is nearly twice as long as any of Mendelssohn’s other symphonies and not nearly as popular as the ones numbered 3, 4, and 5 – in spite of its number the Lobgesang is actually the fourth in order of composition.

Jörg Widmann’s performances will have the benefit of the professional singers of Chamber Choir Ireland, making it in all likelihood the first Irish performance with a professional choir.

The soloists are sopranos Genia Kühmeier and Anna Devin and tenor Colin Balzer, and the evening opens with Weber’s Freischütz Overture.

She’s back at the National Concert Hall now for a concert performance of Korngold’s opera Die tote Stadt (The Dead City).

Erich Wolfgang Korngold, son of a Viennese music critic, and one of the most remarkable prodigies of the 20th century, is the same Korngold who went on to have a productive and Oscar-winning career in Hollywood, though the film connection did not do his reputation any favours in the world of classical music.

Such was his cachet, as a 23-year-old in 1920, that opera houses vied to give the first performance of Die tote Stadt, and the work, much of which takes place in a dream world, ended up being premiered simultaneously in Hamburg and Cologne.

The cast for the RTÉ National Symphony Orchestra’s concert performance under Patrik Ringborg is headed by Byrne as Marie/Marietta, with tenor Charles Workman as Paul and baritone Ben McAteer as Fritz.