Divide and conquer: the true goal of the RTÉ orchestra report? 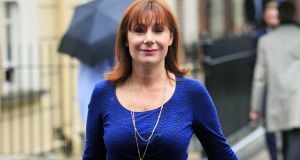 There has not been much light cast on the future of RTÉ’s orchestras since the publication of the Boaden review last month. However, Minister for Culture Josepha Madigan faced questions last week in the Dáil about the review’s major recommendation to establish the RTÉ National Symphony Orchestra as an independent national cultural institution.

She told the Dáil that “I expect to bring an early report to Government to chart a way forward which will include the steps needed to address the recommendations”.

RTÉ’s management of its orchestras came under fire from Fianna Fáil’s Éamon Ó Cuív as “a flagrant breaking of the law when they have a statutory obligation regarding the money that we, as taxpayers, give through the licence fee to maintain the orchestras”.

“They have allowed them to become run down,” he added.

It’s a fair point. But it’s not where current discussion is focused. The immediate concern is the restoration of the State’s only symphony orchestra and the securing of its future.

The RTÉ Concert Orchestra is to remain within RTÉ. Does that mean it is safe? Hardly. First there’s the old notion that relevant past behaviour is the best predictor of future behaviour.

The RTÉ Concert Orchestra, the one RTÉ is appearing to favour, was allowed to part ways with John Wilson early in 2016, before he had completed his contract. He has not worked with the orchestra since, in spite of the fact that performance-wise, audience-wise and attendance-wise, he was the best thing that had ever happened to the orchestra. The RTÉ CO has since been without a principal conductor, and for the last year has also been without a manager. If this is the kind of management that an orchestra like the RTÉ CO deserves, then I’m a goose.

There is another, even more alarming consideration, and you will find it in the recommendations of the Boaden review. The first two cover the widely reported idea that the RTÉ NSO should be turned into a national cultural institution getting funding directly out of the public purse.

The third is about the RTÉ CO. “It should be,” says the review, “restored to its historical levels of staffing and activity and tasked with maximising commercial returns (without sacrificing integrity of repertoire)”.

That’s all well and good until you come to the next recommendation, which, in full, reads, “While operating independently, the NSO should continue to co-ordinate activities with the RTÉ CO to ensure the two work on a complementary basis. This might be achieved by ensuring RTÉ is represented (as a minority) on any relevant board created to oversee the NSO and by creating committees for the regular sharing of information on programming, performances and commercial activities.”

This still takes my breath away every time I read it. You’ve probably understood every single word in the paragraph. But yet I somehow feel it probably needs translation.

Think yourself back to what you know or remember of air travel in the 1980s. First there was Aer Lingus. And then there was an upstart called Ryanair.

Wouldn’t the best idea have been for Ryanair to operate “independently” while continuing to co-ordinate its activities with Aer Lingus “to ensure the two work on a complementary basis”. And wouldn’t that have been best achieved by giving Aer Lingus minority representation on any Ryanair board, and by creating committees for the “regular sharing” of information on planned timetables, routes and other “commercial activities”?

It’s plain as a pikestaff that the Boaden review’s position is anything but balanced. It nominates RTÉ as the custodian of the Concert Orchestra, and having done so decrees that the ex-RTÉ orchestra, the National Symphony Orchestra, should facilitate RTÉ by engaging in complementary activities and also furnish its commercial data back to RTÉ. And, just to be clear: I would have exactly the same kind of objections if the review had envisaged the data being furnished in the opposite direction.

In spite of the pro-RTÉ CO bias in the Boaden review, I have not been able to reconcile the destructive dismantling of the structure of orchestral life in RTÉ with any future brightness for the RTÉ CO in a single-orchestra national broadcaster.

Divide and conquer is what the process looks like to me. If the 89 members of the RTÉ NSO were unable to be protected, what chance will a 45-member RTÉ CO have in a future RTÉ for which the winds of digital change are unlikely to stop blowing any time soon. I’m inclined to suspect that RTÉ sees the NSO as the heavy-lifting job that could well set a precedent for a much easier heave to the RTÉ CO.

In the real world I would expect a genuinely independent NSO to fight over commercial activity with the RTÉ CO as often and as thoroughly as companies now do on air routes around Europe. That would mean the competition would take place in the most lucrative, most obviously commercial areas which, apart from a few symphonic warhorses, would hardly impact on the classical repertoire at all.

Has RTÉ not noticed that the NSO, now under the management of ex-RTÉ CO manager Anthony Long, has already zoned in on competing with the RTÉ CO in the area of music from the movies?

The kind of planning and co-ordination that’s proposed falls somewhere between an extension of RTÉ’s current monopoly position and an attempt to tie the opposition’s hands behind its back.

The Boys in the Band is theatrical, dated and utterly fabulous
3

Helen Reddy, singer of feminist anthem I Am Woman, dies at 78
7

Lawrence of Arabia – and Ireland
Real news has value SUBSCRIBE