In the classroom – senior cycle

Helping students to explore the War of Independence 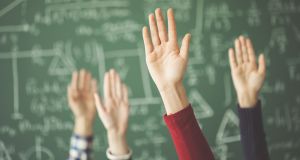 For senior cycle students and teachers, there is a requirement to engage in a balanced, investigative and enquiry-based approach to examining and exploring the evidence surrounding the Irish War of Independence.

In the Leaving Certificate classroom, the War of Independence 1919 to 1921 is taught as part of the topic, “The pursuit of sovereignty and the impact of partition, 1912-1949”(Modern Ireland, Topic 3).The teaching of events during this era such as the War of Independence or “the Treaty and Civil War has the capacity to stir strong emotions and make more challenging the classroom implementation of a genuinely historical approach” (PDST, History Subject Support p 3). Evidence of the emotive and controversial nature of this period in our history can be seen in events relating to the recently proposed commemoration of the Royal Irish Constabulary and the Dublin Metropolitan Police.

For senior cycle students and teachers, there is a requirement to engage in a balanced, investigative and enquiry-based approach to examining and exploring the evidence surrounding the Irish War of Independence. The variety of perspectives to be considered are numerous and complex. These could include, but not exclusively: “the different perspectives within the ‘second’ Sinn Féin party, 1917-1921; the different views of IRA GHQ and IRA Volunteers at local level; the views of members of the Irish Parliamentary Party; the views of Ulster Unionists and Southern Unionists; the views of women participants in the independence struggle; the voices of unionist women; the voices of a range of British politicians, with varying attitudes to the ‘Irish Question’” (PDST, History Subject Support p 4).

With such a wide variety of evidence, it may not be practical to include all in a senior cycle lesson, however, the nature of this topic is such that it offers an opportunity for a multi-perspective approach to historical enquiry. Students, for instance, could, in this supplement, compare and tease out any differences in perspectives in the two pieces surrounding Bloody Sunday. Such an approach to the study of history can show the learner that:

– that the context in which they (sources) were produced must always be taken into consideration (PDST, History Subject Support p 8).

The use of critical skills in exploring evidence

Senior cycle students of history can use sources and evidence to create a balanced and enquiry-based understanding of what was a very turbulent time in Ireland’s history. Both a teacher and student of history must be aware of the evidence of bias and propaganda when examining sources (Syllabus Pg 4). The piece in this supplement on the propaganda war fought between the IRA and the British government in the international press offers a great opportunity to start a conversation with students about how important it is to look at sources from this time with a critical eye and pay particular attention to the audience any given news report was aimed at. These skills will serve students well when they critically analyse documents in their document-based study.

The articles in this supplement on the Connaught Rangers, the story of the Loughnane brothers, the burning of Cork and the circumstances surrounding the Belfast Pogroms provide local connections for students from those areas, but also perhaps a blueprint for how teachers might find similarly compelling examples from their own school’s locality. Most cities, towns and even villages in Ireland have their own stories – some may be found on plaques or memorials locally, but if not, a good place to start is the Brigade Activity section on militaryarchives.ie, where students can access primary documents linking their own locality to the war. It’s also worth noting that what begins as a way to make a local connection to the War of Independence may, for some students, spur an interest in a specific event or personality that may form the basis of a Research Study Report (RSR).

Another approach to using this supplement in its entirety with a class is to pose overarching questions which provoke enquiry and ask students to find evidence in one or more of the pieces included here that help address those questions.

Questions that teachers might want to pose to their students about the War of Independence:

1. What evidence is there about the effect of the War of Independence on civilians in Ireland?

2. What evidence is there that the nature of the tactics employed by both sides in the War of Independence affected how the war was seen in Ireland and abroad?

3. What evidence is there which points to the motivations that drove the combatants in the War of Independence?

Harlots? It’s all pumping buttocks from the men. Which is fair enough
7

The Movie Quiz: Who stirred the late Olivia de Havilland to consult her lawyers?
10