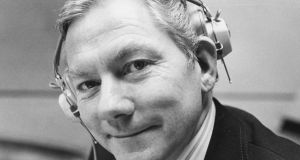 Gay Byrne in 1979: He was everybody and no one. File photograph: Eddie Kelly

In September 1993, I went on Gay Byrne’s Late Late Show. I had been writing in The Irish Times about Stay Safe, a schools programme designed to give children an appropriate language in which to discuss bullying and abuse. There was a very strong campaign to oppose it, run mostly by right-wing Catholics. As one priest put it, “the claim that a child owns its own body is at odds with Christian tradition”. I agonised about whether or not to go on the show, knowing how effectively Gay Byrne would turn it into a ding-dong battle of equal and opposite passions. And after the show, I was full of regrets. Byrne had indeed run the segment like the consummate ringmaster that he was, serving up yet another little episode of an apparently endless cultural war between tradition and change in Ireland. It felt pointless.

What I didn’t know was that in a housing estate somewhere in Co Offaly, an 11-year-old boy was watching The Late Late Show that night with his mother and a neighbour, a man of 75, who usually came in to view the week’s one unmissable programme with them. When the item about the Stay Safe programme came on, the neighbour had become uncomfortable. After a few minutes, he made an excuse and left. The mother could feel a sense of expectation. Her son then asked her what sexual abuse was. When she told him, he asked her how she would react if one of her children had been abused. She said she would be supportive.

1 How much coffee should I drink? How much is too much?
2 Gardaí investigating four-lane motorway sulky race
3 Social Democrats to abstain on all votes for taoiseach as Dáil resumes
4 I decided that day if I start working for myself at least I'll know where I stand
5 Newton Emerson: Under what conditions would FF or FG share power with SF?
6 The 33rd Dáil convenes today: What can we expect?
7 Woman sues over catching Legionnaires’ Disease in luxury hotel spa
8 Two arrested in connection with murder of Keane Mulready-Woods
9 Bloomberg attacked from all sides in heated Democratic debate
10 Teenage girl (16) killed and three boys injured in Cork crash
11 Galway development could transform skyline with 21-storey tower
12 ‘Right-wing extremist’ motive suspected for man who killed nine in Germany
13 Woman arrested over alleged threats to victim of rape
14 Council to refuse applications for Airbnb-style short-term Dublin lets
15 Andy Farrell ticking all the boxes in advance of England showdown
16 Grave concern in North over London’s new immigration rules
17 The gadgets that can make travelling a bit more enjoyable
18 ‘If all the immigrants go back, who will work in the meat factories and do the crap jobs?’
19 Owen Doyle: Day of the jackal may be coming to an end
20 Would you kill one person to save five? Depends if you’re a millennial or not
21 Classic car dealer closes doors on prime Dublin 4 site
22 Ireland wary of Peyper calling the tune as they head for Twickenham
23 Person claiming to represent ‘ghost ship’ owner comes forward
24 The science of rest and why it is important to daydream
25 Drug-taking caused death of student at Co Cork music festival, inquest hears
26 Explosive device found outside Martin Finucane’s home
27 Tusla disclosed location of child victim to alleged abuser – report
28 ESB called out for ‘contributing to human rights violations’
29 Martin tells party government may not be formed until April
30 David Brady says he's witnessed illegal payments of GAA managers
31 Big tech ‘procedural queries’ delay decision on first data fines – watchdog
32 Love Island proceeds in a parallel universe, as though Caroline Flack hasn’t died
33 Crispr gene-editing technology: what is it and why you need to know about it
34 The Irish Times view on the UK’s migration rules: crude and self-defeating
35 Colum McCann on Israel-Palestine: ‘I was completely ignorant of what was going on’
36 Planners probe Dermot Bannon’s garden bath den
37 DUP pleads with UK to reduce salary threshold for migrant workers coming to North
38 I’m worried about my neighbour’s new ‘shed’ and what he intends to use it for
39 Coronavirus: Two passengers die after leaving Japanese cruise ship
40 Players impressed with Bono’s Irish pride and desire
Real news has value SUBSCRIBE