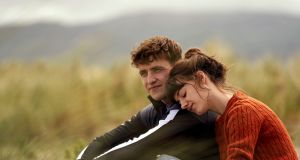 Paul Mescal has been named as one of 10 actors to watch by Hollywood industry publication Variety.

Known primarily for his Emmy-nominated performance as Connell in Normal People, the Co Kildare actor is due to begin filming a present-day interpretation of Georges Bizet’s 1875 opera Carmen, by director Benjamin Millepied, opposite Melissa Barrera. Mescal is also due to appear in the directorial debut of Maggie Gyllenhaal, The Lost Daughter, which will also star Olivia Coleman, Peter Sarsgaard and Dakota Johnson.

“Thank you so much @Variety,” Mescal wrote on Instagram. “Thrilled to be included with such incredible actors.”

Also in the list, alongside Mescal, are Maria Bakalova, who appeared in Sacha Baron Cohen’s Borat sequel, as his daughter; Tiffany Boone, who is due to appear in George Clooney’s forthcoming film The Midnight Sky; Rosy McEwen, known for her performance in The Alienist: Angel of Darkness; Dominique Fishback, an actor and playwright, who has appeared in The Hate U Give and Show Me a Hero; Aldis Hodge, seen in such films as Clemency and The Invisible Man; Jayme Lawson, who will appear in 2022’s The Batman; Jonathan Majors, who had a role in Spike Lee’s Da 5 Bloods this year; Tom Pelphrey, known for his work on season 3 of Ozark; and Helena Zengel, a German actor who will appear opposite Tom Hanks in News of the World.

Mescal was nominated for a lead actor Emmy for his performance as Connell in the televised adaptation of Sally Rooney’s Normal People, opposite Daisy Edgar Jones as Marianne. The series was nominated for a total of four Emmys earlier this year, for outstanding directing, writing and casting.

Variety has issued a 10 to watch list since 1998, and it has included over 35 now Oscar winners and nominees, including Mahershala Ali, Timothée Chalamet, Viola Davis, Octavia Spencer, Brie Larson, Lupita Nyong’o and Melissa Leo.