Louise Brooks: ‘I was always late, but just too damn stunning for them to fire me’

The dancer, actor, gossip columnist and muse was one of the most modern of stars 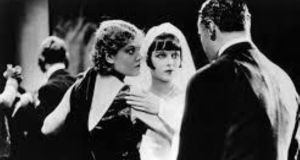 Louise Brooks in “Pandora’s Box”: director GW Pabst wanted her for the role.

Watching the newly restored version of Pandora’s Box, one can’t help but suspect that Louise Brooks, who died in 1985, is some contemporary YouTube star who has been seamlessly photoshopped into every scene. “Yass kween,” the subtitles don’t quite read across the 1929 monochrome images.

She has inspired various songs by Orchestral Manoeuvres in the Dark, Marillion, Natalie Merchant, and Lulu, a 2011 double album collaboration between Metallica and Lou Reed.

She has super-fans. An online tribute site, the Louise Brooks Society, contains an extraordinary day-by-day chronology of her life.

Much of Brooks’s cultural cool, however, is post-factum. When asked about her in an interview, a perplexed George Cukor responded: “She was nobody. She was a nothing in films. What’s all this fuss about her?”

It’s a complicated history. Mary Louise Brooks, as she was born in 1906, had a rebellious streak that often tipped into self-sabotage. The daughter of Leonard Porter Brooks, a work-obsessed lawyer, and Myra Rude, a pianist, who determined that any “squalling brats she produced could take care of themselves”, Brooks grew up wild and largely unsupervised.

Aged 15, she moved to Los Angeles and joined the modern dance troupe, the Denishawn company. A gifted performer, Brooks was soon landing featured roles, but her supposedly haughty manner rubbed her superiors up the wrong way. Ruth St Denis, one of the company’s premier stars, fired the 17-year-old Brooks in front of all the other Denishawn dancers, telling her: “I am dismissing you from the company because you want life handed to you on a silver salver.”

Relocating to Broadway, she found work as a chorus girl and featured in the 1925 edition of the Ziegfeld Follies. Partying and photoshoots brought her to the attention of producer Walter Wanger, who signed the 18 year old on a five-year contract with Paramount.

Her career as a silver screen ingénue included credits in Howard Hawks’s A Girl in Every Port (1928), WC Fields’s It’s the Old Army Game (1926) and William Wellman’s Beggars of Life (1928). But she loathed her time in Hollywood.

Written in 1958 for Sight & Sound magazine, Brooks’s scathing essay “Gish and Garbo: the Executive War on Stars” outlined the inherent sexism of the studio system, wherein female actors, having attained a degree of stardom or power, were quickly sidelined in favour of more malleable starlets: “Hollywood producers were left with their babes and a backwash of old-men stars, watching the lights go out in one picture house after another across the country,” she wrote.

She never could play along with the system. “I was always late,” she told her biographer, Kevin Brownlow. “But just too damn stunning for them to fire me.”

Although she was friendly with WC Fields, her co-star from It’s the Old Army Game and the Follies, she dismissed the studio’s idea of making her his regular onscreen foil. “I don’t want to play a part where I race around a funny man all the time. And I won’t,” she told Photoplay magazine.

She was equally uncompromising in her personal life. There were several affairs with women “out of curiosity”, including Greta Garbo, who Brooks described as masculine but a “charming and tender lover”. There were brief marriages to director Eddie Sutherland, Washington Redskins heir George Preston Marshall, and Chicago millionaire Deering Davis. But she remained an emotional and social butterfly.

Her turn in Wellman’s Beggars of Life seemed to promise a better, brighter career. “After a beginning heralded by the usual publicity fanfare of ‘from chorus girl to star’ stories, Miss Brooks seemed doomed to routine parts in programme pictures,” notes a 1929 review in Vanity Fair. “It is only with her recent, glamorous performance as the inadvertent murderess in . . . Beggars of Life that she has come into her own.”

In 1927, as Barry Paris’s biography records, Brooks was receiving more than 2,000 fan letters every week. She had danced with Martha Graham, dated Charlie Chaplin, hung out with the Algonquin Roundtable, befriended Rudolph Valentino, and partied regularly with Marion Davies and William Randolph Hearst. She knew the explorer Richard Byrd, the baritone and political activist Paul Robeson, the surrealist painter Man Ray, and future Nazi propagandist Leni Reifenstahl (whom Brooks did not care for).

She was the first woman to dance the Charleston in London. In New York, she was a celebrated party girl for whom Photoplay magazine (the celebrity-making scandal sheet du jour) invented impressive euphemisms, heralding “One of the decorative daughters of the New York night life.”

“Certainly it’s true that a chorus girl learns a lot about acting” ran the tag-line of one 1926 article. A photo of her in a swimsuit was captioned: “Several of the reasons that have figured in her success.” The same interview introduced her as being fatigued because “she had been up earlier horseback riding” and noted, with some puzzlement, that she was reading Schopenhauer between takes.

When Paramount refused to raise her wages during contract renewal negotiations, she left Hollywood and went to Berlin to make the films that would make her a movie icon: Pandora’s Box and Diary of a Lost Girl. There had been much speculation as to who director GW Pabst would cast as Germany’s favourite fictional female, Lulu, the heroine of Frank Wedekind’s hit play Pandora’s Box. Having watched Brooks in A Girl in Every Port, he wanted Brooks as his first choice, but she was under contract. The director was reluctantly going to settle for Marlene Dietrich when a telegram arrived announcing that Brooks was Bremen-bound.

Pandora’s Box is a fascinating pre-sound artefact for film fans. Despite a sensational plot that includes male predators, murderers, lesbianism, and prostitution, Pabst opted for a post-Expressionist naturalism, with Brooks’s free, unfettered performance in perfect lockstep.

Brooks, who was enjoying Weinmar parties and morning martinis throughout the shoot, proved too naturalistic for some tastes. Writing in the New York Times, Mordfaunt Hall declared Brooks “attractive”, but her expressions “often difficult to decide”.

She shot Miss Europe in France in 1930, before returning to Hollywood, where she was effectively blacklisted for refusing to dub dialogue on her final Paramount movie, The Canary Murder Case, a film that had been shot as a silent picture.

A decade later and Louise Brooks was all but forgotten. She made her last film, Overland Stage Raiders, opposite a then-unknown, pre-Stagecoach John Wayne, in 1938. She left Hollywood not long after and returned to Witchita, where she was raised.

Kansas, she said, “. . . turned out to be another kind of hell. The citizens of Wichita either resented me having been a success or despised me for being a failure. And I wasn’t exactly enchanted with them.”

She subsequently drifted eastwards, to New York, where she worked as a publicity agent, a salesgirl at Saks Fifth Avenue, a gossip columnist, a radio soap star, and lived as a courtesan for three well-heeled male lovers between 1943 and 1955.

Writing in her 1982 autobiography, Brooks recalled these grim years: “I found that the only well-paying career open to me, as an unsuccessful actress of 36, was that of a call girl . . . and began to flirt with the fancies related to little bottles filled with yellow sleeping pills.”

It fell to the French, specifically the co-founders of the La Cinémathèque française, Lotte Eisner and Henri Langlois, to restore the twin reputations of Brooks and Pandora’s Box. “There is no Garbo, there is no Dietrich, there is only Louise Brooks,” Langlois famously declared.

By the 1960s, Brooks, who had quit drinking and converted to Catholicism, re-emerged as one of 20th century’s most astute film writers. In print, she finally managed to hit back at those who dismissed her as uppity. The final chapter of her autobiography, written three years before her death, is called “The Silver Salver”.

Pandora’s Box is on release