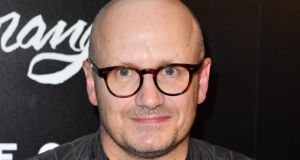 Lenny Abrahamson, the Oscar-nominated Irish director of Room, is to direct an adaptation of Sally Rooney’s novel Normal People for the BBC.

The book, which will be published in September, was last month named one of three Irish novels on the longlist for this year’s Man Booker Prize. Rooney, who was raised in Castlebar, will adapt the novel herself for the screen. The story follows a couple from the west of Ireland as their on-off relationship takes them from school to college and into real life.

“I feel very privileged to be working with such an extraordinary team,” Rooney said in a statement. “I’m looking forward to the challenge of working in a new form, and of thinking about these characters and their lives in new ways.”

The news comes a month before Abrahamson releases his much-anticipated film version of Sarah Waters’s unsettling drama The Little Stranger. Abrahamson said: “Sally is a writer of the highest calibre and in Normal People she captures the ebb and flow of intimacy and desire with extraordinary skill. I’m proud to be part of bringing her work to the screen audience it deserves.”

The series marks another high-profile advance for Element Pictures, which is making the film for BBC Three. Aside from Room and The Little Stranger, the Dublin-based company has produced the award-winning films The Lobster and The Wind That Shakes the Barley, as well as Sebastián Lelio’s imminent Disobedience.

Ed Guiney, cofounder of Element and a long-term collaborator with Abrahamson, commented: “Sally’s novel is a beautifully written, utterly beguiling exploration of an incredibly intense love story, the subtlety and specificity of which is breathtaking. There is no better film maker than Lenny Abrahamson to realise its potential for the screen. We are delighted to help bring this brilliant project to life.” Guiney received an Oscar nomination as producer of Room.

Rooney is fast becoming one of Ireland’s most acclaimed young writers. Her first novel, Conversations with Friends, was snapped up by Faber & Faber for publication in 2017 and went on to be named a book of the year by the Guardian, Observer, Daily Telegraph and Evening Standard.

“I gave myself the small task of writing honestly about the kind of life I knew,” she wrote in The Irish Times last year. “I believe there is some value in carrying out that task, however limited. Whether I have succeeded, I don’t think it’s for me to judge.”