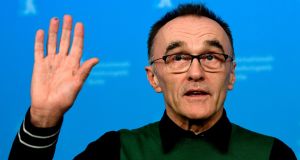 Danny Boyle, who guided 2008 movie Slumdog Millionaire to eight Oscars, was announced in May as the director of the next Bond movie. File photograph: Tobias Schwarz/ AFP

British director Danny Boyle has exited the latest upcoming James Bond movie due to “creative differences,” the producers of the multi-million film franchise said on Tuesday.

“Michael G. Wilson, Barbara Broccoli and Daniel Craig today announced that due to creative differences Danny Boyle has decided to no longer direct Bond 25,” said a statement on the official 007 Twitter account.

The tweet gave no details of the differences and no information on who would take over from Boyle.

The 25th, so far untitled movie, in the James Bond spy franchise owned by MGM is currently in pre-production and was expected to be released in November 2019.

Boyle, who guided 2008 movie Slumdog Millionaire to eight Oscars, was announced in May as the director of the next Bond movie, when producers Broccoli and Wilson described him in a statement as “exceptionally talented.”

The producers also announced that Craig would play the suave British spy for a fifth time.

Production was due to start in London in December.

The Bond franchise is one of the most valuable in the movie industry. The last movie, 2015’s “Spectre,” directed by Sam Mendes, made $880 million (€759 million) at the box office worldwide, while Skyfall in 2012, also directed by Mendes, grossed more than $1 billion globally.

The film is expected to be Craig’s last time playing the spy, having previously starred in Casino Royale, Quantum Of Solace, Skyfall and Spectre. He previously stated that he would rather “slash my wrists” than return to the role, but later said that he made the remarks two days after he finished shooting Spectre and was exhausted.–Reuters