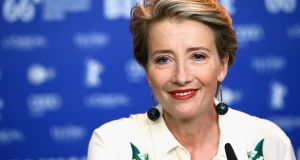 Emma Thompson has pulled out of a role in a large-scale animated film after former Pixar chief John Lasseter joined the production. Thompson had been due to voice a role in Luck, produced by Skydance Animation, but reportedly left the film after Skydance controversially hired Lasseter to head its animation division.

Lasseter, who was chief creative officer of Pixar and Walt Disney Animation Studios, took a leave of absence in 2017 after admitting to sexual conduct “missteps”, before leaving the company in 2018.

Lasseter’s appointment to Skydance was met with considerable disquiet, including a statement from the Time’s Up campaign that said “Skydance … is providing another position of power, prominence and privilege to a man who has repeatedly been accused of sexual harassment in the workplace”.

Skydance Media chief executive David Ellison defended Lasseter saying: “While we would never minimise anyone’s subjective views on behaviour … we are certain that John has learned valuable lessons and is ready to prove his capabilities as a leader and a colleague.”

When it was first announced, Luck was described as “a comedy that pulls back the curtain on the millennia-old battle between the organisations of good luck and bad luck that secretly affects our daily lives”. It is directed by Kung Fu Panda 3’s Alessandro Carloni. – Guardian