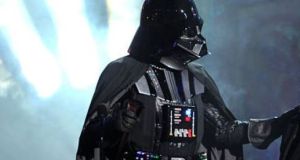 The weightlifter-turned-actor, who also earned an MBE for playing the Green Cross Code Man to promote road safety, died after a short illness, his agent Thomas Bowington said in a Facebook post.

Prowse won the role playing Vader due to his impressive 6ft 6in physique, but with his West Country accent deemed not quite suitable, the part was instead voiced by James Earl Jones.

“May the force be with him, always!” Mr Bowington said in a statement to the BBC.

“Though famous for playing many monsters - for myself, and all who knew Dave and worked with him, he was a hero in our lives.”

Mr Bowington called the actor’s death, after a short illness, “a truly and deeply heart-wrenching loss for us and millions of fans all over the world”.

Prowse represented England in weightlifting at the Commonwealth Games in the early 1960s before embarking on an acting career.

He was reportedly spotted by Star Wars director George Lucas when playing a bodyguard in the 1971 film A Clockwork Orange, and invited to audition for the roles of Darth Vader and Chewbacca.

He once told the BBC he chose Vader over his hairy co-star because “you always remember the bad guys”. - PA