But the film made a star of the Danish American actor. Now he’s a director too 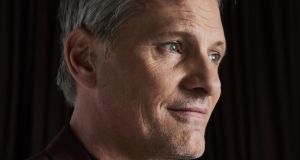 Viggo Mortensen’s directorial debut is called Falling and is inspired by memories of his mother. Photograph: Matt Doyle/Contour/Getty Images

How did Viggo Mortensen get to be 62? Still slim as a sapling with cheekbones by the finest cutler, he has lost not a nano-carat of his charisma since belatedly becoming a star in Lord of the Rings 20 years ago. How did it take him so long to direct a film? Also a musician, author, publisher and photographer, Mortensen – a man of many nationalities – is the ultimate renaissance talent. You would think he’d have got behind a camera by now.

“It wasn’t for lack of trying,” he says with a wry smile. “Perhaps it was a good thing to have waited because in the intervening years I’ve had the good fortune to work for really talented directors, writers, cinematographers, production designers, editors. I’ve seen how movies are well prepared. I’ve also seen the chaos where things were not well prepared.”

That’s true. In the years since The Lord of the Rings, Mortensen and David Cronenberg collaborated on Eastern Promises, A Dangerous Method and A History of Violence. He received an Oscar nomination for the first of those films and for Captain Fantastic in 2017 and Green Book in 2019.

Mortensen is the real thing: a movie star who helps decent, challenging projects come to fruition. Those words could be slung at his directorial debut Falling. The film stars the director as a gay pilot coping indifferently with a father who, even before he contracted dementia, was a difficult, bigoted, unforgiving boor. Lance Henriksen is incandescent as the dad. Mortensen has been clear that the film is a work of fiction, but hunks of his own family experience have crept in.

“It was inspired by memories of my mother in particular,” he says. “But then I quickly started writing, making up a family that’s different than mine.”

People will, however, be wondering . . . “If my father was that bad,” he interrupts good-naturedly. “My dad was not nearly as extreme as that. And I had a better relationship with him. That being said, my father was, I think, fairly typical of his generation. Born in Denmark during the Depression, he came of age during the German occupation. A self-made person who left home before finishing school. Men of that generation were heads of the family. They had the final decision on most things.”

Mortensen really is from all over. His Danish father and his American mother met in Norway. Mortensen was born in upstate New York before the family moved to Venezuela, Denmark and Argentina (the first time I encountered mate was when he carried a gourd of the stuff into an interview at the start of this century). Following his parents’ divorce, he and his siblings travelled back to New York with their mum. He talks to me today from his home in Spain. I wonder if he knows where he is from.

“I hold US and Danish citizenships,” he says. “I have personal particular attachments to the places I’ve spent the most time in. That’s United States, Argentina, Denmark. But over the years, I’ve spent so much time living in different places that I long ago came to the conclusion that it was more important how you were than where you are.”

Though Falling is laced with Scandinavian connections – Henriksen’s father was Norwegian and Sverrir Gudnason, who plays the dad as a young man, is Swedish – the current US political divisions are a recurring theme. The protagonist’s father stands in for a certain type of outraged middle-American. He rants against gays. He refers to Barack Obama as “that negro”. He regards abstract art as a con. Meanwhile, his children and grandchildren live liberal Californian lifestyles. We’ve been hearing a lot about those differences over the last few months.

“It’s not just an American problem,” Mortensen says. “We have had the Covid virus. These things often lay dormant before becoming global. I would also argue that there is another sort of virus that has been there always, which is tribalism. That is as grave a pandemic as Covid. It’s a pandemic of poor communication, or no communication or fear of the other. It’s rejection of the other with the accompanying language of hate, racism, misogyny, homophobia, anti-immigration, nationalism – all this stuff. I was conscious of that when writing.

What can we do? As a sometime supporter of Bernie Sanders, Mortensen is unlikely to be weeping any tears at the imminent defenestration of Donald Trump.

“I am glad that he will be gone, whether he likes it or not,” he says. “Mostly I am happy that ministers, who have to deal with the health and welfare of the country, with economic policy, will be people who are qualified and responsible.”

Mortensen is an amiable man whose conversation can meander for aeons if permitted. He spent the first decades of his career in relative obscurity. Characteristically, after graduating from St Lawrence University, he wandered around England, Spain and Denmark before returning to New York and taking to the actor’s life. I get the sense there was barely a job he didn’t try in those lean years.

“I was a bartender many times and later many times more – that’s not uncommon for an actor,” he says. “I also worked in different factories and as a truck driver and furniture mover. There were lots of manual labour jobs in those first years. Then I made the switch. I’d always been interested in movie stories. I think that was given to me by my mother. I have very clear memories in those early years of going to the movies with her, which at the time seemed normal to me. We’d see Lawrence of Arabia and then have conversations about that.”

He talks about learning the ropes by watching the movie professionals when he was shooting small roles in undistinguished films. The parts slowly got better throughout the 1990s. He can be spotted in Crimson Tide, Carlito’s Way and Gus Van Sant’s remake of Psycho.

“It took a long time before I could make a living,” he says. “I was down to the last two for lead roles maybe 25 times in the first two or three years that I tried acting. Had I got one of those roles it maybe would have stunted my growth. Once you’re the focus of attention it’s different. There’s something about the anonymity of just being on set that’s useful.”

What really changed things was, of course, Aragorn in The Lord of the Rings. The story goes that our own Stuart Townsend had the part and Mortensen was swapped in at the last moment. Can he enlighten us on that legend?

“I didn’t enquire too much about it,” he says. “He was part of the team. I am sure he would have done a great job. He’s a good actor. I don’t know how it went down.”

Mortensen talks around the issue (as he does) for a bit longer.

“When I was told that I would be replacing someone I felt awkward about it,” he says. “I wondered if I would meet the actor but he was gone when I got there. I was just thrown into it and had to do the best I could. That’s all I know. And I did run across Stuart after we finished – I think it was in Los Angeles – and said hi. I hear he’s a nice guy and I am sorry that happened.”

Mortensen does not strike one as the sort of fellow who would savour the movie-star fame that then came his way. He is always moderate in his language. He talks more about poets than cabin cruisers. Yet he is too mature to moan about the inconveniences that came with the privileges.

“I didn’t really see downsides to it,” he says. “If you are just doing your job and a movie happens to be a huge international success which nobody foresaw like Lord of the Rings then you have opportunities. I saw it all as positive because I had a chance to make A History of Violence with David Cronenberg. He wouldn’t have been able to cast me otherwise, even if he had heard of me. So I’m grateful for that.”

There is still the problem of press attention.

“Once you get well known and you maintain visibility there is a human instinct to want to take that person down.”

“Yeah, there you go. But I just want to appear in movies people might like to see. I have felt no negative aspect of it.”

Which is a nice way to end. As we’re clicking off our equipment and preparing for a virtual farewell, he adds a coda.

“One last thing, if you do run into Stuart Townsend please give him my best.”

Falling will be released on December 4th