With the End in Mind: Dying, Death and Wisdom in an Age of Denial book review

Paul D’Alton reviews With the End in Mind: Dying, Death and Wisdom in an Age of Denial by K Mannix and Every Third Thought by Robert McCrum 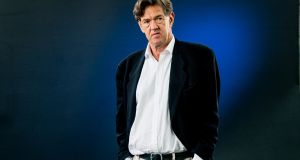 English writer and editor Robert McCrum ‘believes that in a largely secular age the words of great writers offer consolation and a way to navigate death and dying’. Photograph: Roberto Ricciuti/Getty Images

“Generation snowflake” is a terribly reductive term that portrays an entire generation of people as weak, fragile and hypersensitive. We are given to believe that this generation is so sensitive that they require a trigger warning be given alerting them to the fact that a piece of writing, a video or a lecture, for example, could contain potentially distressing material. Despite the considerable debate concerning the need for trigger warnings, Kathryn Mannix’s With the End in Mind: Dying, Death and Wisdom in an Age of Denial will challenge any generation, not just the so called snowflake generation.

We cannot truly consider death and dying without it causing us some degree of distress. Nor can we live a life that does not involve distress. There is even the argument that distress precipitates humans to change unhelpful situations or dynamics. That said, if there is a trigger warning required, it is to those who are recently bereaved or in the final stages of a loved one’s life; this may not be the time to read this book.

This is a taboo-breaking book that is not for the faint hearted but it is for those who want to better understand the single universal event that one day we will all face – death. It is said that those of us most afraid of death are those most afraid of life. With that in mind, this is a book that paradoxically can help us live. It does this by asking the big questions: questions about love and loss, about birth and death, and about resilience and transformation. It is a book that asks deeply intimate questions, questions that terrify and entice. It is a book that tells the most intimate stories of ordinary life and ordinary death.

We are poignantly drawn into the lives of ordinary people doing an extraordinary thing; coming to terms with the profound reality of death. The reader is navigated through the territory of the ordinary and the extraordinary, of the intimate and the terrifying, by a palliative care doctor who after 40 years in the business of death and dying knows a thing or two. Kathryn Mannix knows how to tell stories – intimate and lonely and tender and fierce all at once.

Mannix eloquently describes sitting with “people while they wept or stared blankly into a future they could barely contemplate . . .” In such hands it is hard for the reader not to be carried along into the territory of death and dying that many of us spend our lives avoiding. There is a curious blend of tenacity and tenderness in the text that seems to allow for a directness that is at times is astounding but never overwhelming. Mannix describes the reality of the deathbed in a candid and oddly reassuring way, saying at the bedside “. . . there is vying for position – most bereaved, most loved, most needed, most forgiven . . .” It is as though her words are underpinned by a healthfulness that transcends the potential brutality the subject matter may provoke.

Mannix skilfully uses stories to effectively answer many of the technical questions concerning death most of us are afraid to think about, never mind ask. Stories are used in this book to illustrate the gradual and predictable sequence of events that occur as we die. These gradual and predictable events, Mannix argues, have been eclipsed by advances in medical intervention and when dying at home has become the exception. She describes how, as a result of death being “hijacked” into hospitals, we have lost the familiarity we once had with death, the vocabulary and the etiquette at a time when death was acknowledged to be inevitable. All of this often results in futile treatments, protracted dying and disallows goodbyes.

Her assertion that once we know what we need to know about dying we can relax with each other is brave and I think somewhat aspirational. Despite what we might need to know, and indeed how we might benefit from knowing this, about the predictable sequence of events dying involves, all that knowledge in the world will not take away the heartache and deeply conditioned fear of losing those we love.

In many ways this book is testament to the quality of the National Health Service in the UK and depicts consultant-delivered care that many countries in the world are sadly never likely to witness. It must also be remembered that the stories told in this compelling book in many ways are the stories about the lucky people who have access to palliative care. The vast majority of the world population do not have access to palliative care and 80 per cent of the world’s population, including five million people with terminal cancer, does not have access to adequate pain relief and in more than 150 countries morphine is not available at all.

Towards the conclusion of the book Mannix veers into the question of assisted dying. This is an ambitious, and potentially ill-considered, move, given the complexity and sensitivities involved. It is unhelpful and disappointing to see the author draw rather staggering conclusions concerning assisted dying from one case. Referring to the “euthanasia genie out of the bottle” is in my opinion unhelpful and could be seen by some as scaremongering or at the very least could have an impact on the credibility of an otherwise very laudable endeavour.

Woody Allen famously quipped “I’m not afraid of death – I just don’t want to be there when it happens.” Allen’s words nonetheless indicate an acknowledgement that death is inevitable, perhaps even a tacit acceptance of the inevitable. This is the terrain Robert McCrum wryly and at the same time sensitively navigates his latest book Every Third Thought.

McCrum is a man who has lived with a psychologically premature knowing of his own mortality following a stroke at 42 years of age. He describes as finding himself “in the shadow of death” and living since that time as an “involuntary citizen” in this new world where death was no longer an abstraction. Twenty-one years later McCrum is noticing how his generation have caught up with him and they too are now involuntary citizens of a world where “every third thought” is now of their mortality. In this new world the core existential question is not longer “who am I?” but “how long have I got?” and “what happens next?”.

McCrum turns to what he knows best in order to navigate this world where one’s mortality is no longer eclipsed by the normal egotistical preoccupations of midlife. He turns to literature. It is this literature that appears to offer great solace, a solace that once many received from religion. McCrum believes that in a largely secular age the words of great writers offer consolation and a way to navigate death and dying.

He is steeped in literature; it acts as his companion in the sometimes-desolate landscape of death and dying. But he does more than that; he offers the reader an unpretentious and organic compendium of literature to accompany us as we approach the “endgame”. This book is beautifully punctuated with poetry and prose that sooth and soften the jagged harsh reality of one’s mortality. The poetry and prose don’t take away the pain but they offer something of a secular transcendence of what can appear to be humanity increasingly transfixed by the lure of individualism.